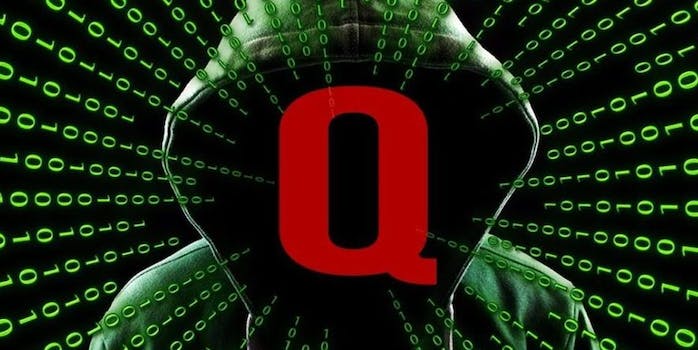 While others shut QAnon down, Facebook lets it thrive

Top groups have hundreds of thousands of followers and millions of interactions.

Twitter’s QAnon crackdown announced this week isn’t likely to significantly hinder the conspiracy theory’s spread. That’s because there are dozens of incredibly prolific Facebook groups dedicated to QAnon, some that have more than 100,000 followers.

QAnon followers believe that the world is run by a shadow government made up of an international cabal of pedophile satanists who include liberals, entertainers and the so-called “deep state.” They are convinced that President Donald Trump is trying to take down the cabal.

They believe this because an anonymous online person—or persons; no one is sure—called “Q” tells them so. They also tend to read a lot into real or imagined “signs” that the “purge” of the cabal is coming, has happened, or is in process.

The theory is becoming increasingly widespread. Several Republican congressional candidates are believers and both Trump and members of his circle have retweeted followers. It is as yet unknown how many people follow Q.

Since the conspiracy theory crawled out of the internet ether in recent years, QAnon followers have been charged with acts of violence and terror in furtherance of these beliefs. Twitter based its policy change on the potential for real-world harm caused by allowing the conspiracy theory to spread.

Facebook, meanwhile, has done next to nothing to hinder the growth of QAnon on its platform. The Guardian reported that it removed a small number of pages and groups in May, leading followers to start rebranding as “17Anon” and “CueAnon.”

The anticipated widespread bans never came, however, and today the conspiracy theory thrives on Facebook.

BBC reporter Shayan Sardarizadeh reports that Facebook is actually the main platform for QAnon, which lends some credence to one common opinion that most followers are middle-aged and older.

In a lengthy Twitter thread, Sardarizadeh detailed the extensive reach of several of the largest public QAnon Facebook groups.

Cumulatively, he found, the largest groups have 759,000 members—though it is possible that there is significant overlap. Last month, the Guardian reported that there were three million QAnon followers on Facebook.

Some of the QAnon pages average hundreds of posts daily and thousands of engagements.

Posts and interactions on these groups has exploded since the pandemic began. Of the total 532,000 posts by top groups since January, 519,000 were made since March 1, Sardarizadeh notes, around the time that the coronavirus first took hold in the United States.

A private group launched in late May already has nearly 50,000 members.

Perhaps fearing a shutdown, one of the questions to attain membership states, “We have been getting some member’s posts flagged and we don’t want to be taken down by Facebook. Do you promise to do your best to check your info for accuracy before posting?”

Posts on these pages are a jumble of nonsense, anti-liberal babble, and conspiracies—that the pandemic was planned, or that members of the cabal drink adrenochrome, the latter apparently inspired by Fear & Loathing in Las Vegas, for example.

By allowing QAnon believers to proliferate on its platform, Facebook is lending credence to the theory that is becoming increasingly mainstream in spite, or perhaps because, of its absurdity.

The New York Times reported that Facebook is planning a similar move to Twitter’s, but as yet the company has not confirmed it.