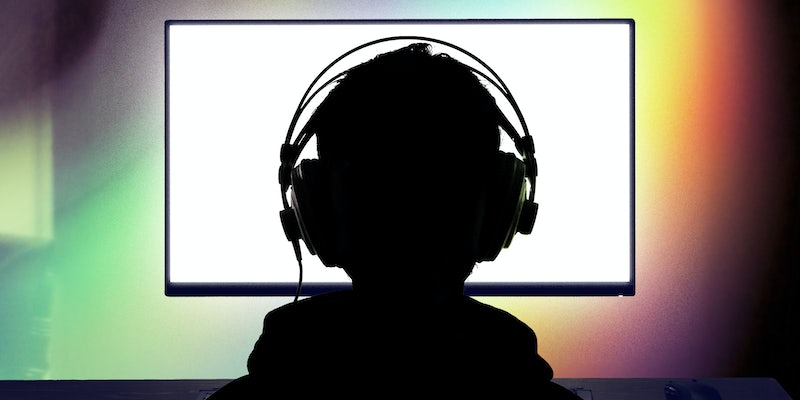 In the Philippines, a new law threatens the livelihoods of pseudonymous content creators

'Me and so many other people are going to have to quit doing something that makes us and our viewers happy.'

For many, anonymity is a fact of online life. Internet users worldwide operate under usernames, pen names, and gamertags that obscure and protect their real identities.

But in the Philippines, that right to anonymity, and the online communities built around it, may be at risk. A new law requires all social media users to provide their real names and phone numbers when creating their accounts.

The Subscriber Identity Module (SIM) Card Registration Act lapsed into law Friday. In the Philippines, bills become law 30 days after being passed by Congress. President Rodrigo Duterte had the opportunity to veto the law but did not do so.

It’s part of the Philippine government’s effort to curb online crimes like terrorism, tech scams, trolling, and fake news. But the law will hurt more than help, according to social media users and digital justice advocates.

“Our data is an extension of us, and so our rights to our data—our rights to privacy—are our human rights,” Kim Cantillas, secretary-general of the Computer Professionals’ Union of the Philippines, said in an interview with the Daily Dot. “These laws that stifle our freedom of expression or our privacy are not effective in what they posture to do.”

Under the new law, people using “fictitious identities” to register new SIM cards or social media accounts may face jail sentences up to six years or fines up to 200,000 Philippine pesos (about $3,850 USD).

Critics say these provisions are a blow to online privacy and safety. Some have called the law a threat to freedom of speech, considering the Philippine government’s history of persecuting activists and journalists.

Still, many Filipino social media users, from streamers to activists to stan account holders, worry that the new law will effectively silence their online communities.

Coolona makes gaming and music content on Twitter and YouTube. She also founded Pabida, a collective of Filipino creatives. She says content creation is a “very important part” of her life and hopes to empower fellow Filipinos in the gaming industry.

“Ever since I was a kid, I have always been a content creator in my mind,” Coolona told the Daily Dot via Twitter direct message. “I’ve always wanted to create content and just make people happy by creating and doing what I love to do.”

But if the SIM Card Registration Act goes into effect and includes existing accounts, Coolona, who posts under a pseudonym, says she’ll have to stop making content.

Providing her real name could put her at risk of doxing and other invasions of privacy, she said. Using her real name online would also force her to come out to her family as a member of the LGBTQ+ community.

“I don’t want my real name associated with this [account],” Coolona said.

For Coolona, stopping content creation also means a loss of income. While they don’t know the specifics of her work, Coolona’s family currently uses the money from her supporters to pay for bills and other necessities.

“Sadly, my family will not get the funds we currently have because of the money I hand out and will be gipit [tight on money],” Coolona said.

Coolona isn’t alone. Social media users across the Philippines shared that they’re considering deactivating their accounts or stopping content creation if the law goes into effect. The hashtag #BlockSIMCardReg trended on Twitter in the Philippines last week during a final push to veto the law before its passage.

Online gaming has a strong foothold in the Philippines, too. A Newzoo report called the Philippines a “key driver” of the video game market in Southeast Asia. Filipino Twitch streamers draw in millions of viewers playing games like VALORANT and Mobile Legends.

Shroom is one of them. The Calabarzon-based streamer plays VALORANT, Minecraft, and other titles for their viewers.

“Content creation is something I do to express myself,” Shroom told the Daily Dot via Twitter DM.

Shroom, who is trans, doesn’t use their real name online to avoid discomfort and dysphoria. They also prefer anonymity because they have several family members who “dislike the idea” of them being a content creator.

“The fact that I might have to use [my real name] just so I can pursue my dreams of being a content creator makes me feel defeated,” Shroom told the Daily Dot via Twitter DM.

“I have no other choice,” Shroom said. “Me and so many other people are going to have to quit doing something that makes us and our viewers happy.”

Drizvy, who posts gaming and art content on Twitter and Twitch, says the law will affect their online communities in “the worst way possible.”

“[The] majority of us interact freely with the security of anonymity,” Drizvy told the Daily Dot in a Twitter DM. “And also knowing there will be a safe space for us to be separate from our real lives.”

Mandatory social media registration would also limit freedom of speech, Drizvy said. They fear that the government will use the identifying information to target users who post critical content.

“As a Filipino content creator, I do sometimes talk about Filipino related issues, especially in art,” Drizvy said. “The audience I have can involve themselves as well with the topics I speak out on.”

“I do not speak for all content creators, but many of my friends within the same field have the same thoughts: we would feel unsafe,” Drizvy said.

Several digital justice groups in the Philippines have decried the new law.

The Computer Professionals’ Union (CPU) is a mass organization that uses information and communication technologies “for the benefit of the Filipino people.”

On Thursday, the last day before the SIM Card Registration Act was set to lapse into law, CPU submitted a petition to the Office of the President. It, alongside over 25,000 signees, called on the president to veto the then-bill.

“Our safety and security must not come at the cost of our rights to privacy and anonymity,” the petition reads.

“Even though they have these terms and conditions or privacy statements, as long as you post something on social media, that data is essentially owned by the social media company,” Cantillas said. “So we’re going to lose control of our own data.”

For Filipino social media users currently posting under a pseudonym, a data leak could mean a compromised email account. But if the new law goes into effect, data leaks may also expose users’ legal names and phone numbers to hackers. The law also requires social media companies to keep user data for 10 years after they deactivate their account. Cantillas called that an “unnecessarily long” time.

The new law is particularly concerning because it doesn’t specify where and how this personal data will be recorded and stored, Cantillas said. These registries could be susceptible to data breaches.

While the new law affects all internet and phone users in the Philippines, certain groups may be especially vulnerable with the new provisions, Cantillas said.

“Privacy and anonymity are important for journalists, for activists, witnesses, whistleblowers, victims of domestic violence, [victims] of harassment, minors, even,” Cantillas said.

This isn’t the first time a Philippine law caused digital justice and free speech groups to sound the alarms.

The new law may also be implemented in tandem with the Anti-Terrorism Act of 2020, Cantillas said. The Anti-Terrorism Act broadened the country’s legal definition of terrorism to include speeches and writings, including online posts, that may inspire terrorism. It also allowed law enforcement to detain suspected terrorists for up to 24 days without charge.

“Under the Anti-Terror Law, anyone can be suspected as a terrorist,” Cantillas said. “Given that context, this actually amplifies our concerns for freedom of expression and the government’s attacks on the opposition, on critics, on activists.”

Though the SIM Card Registration Act has become law, organizations like CPU continue to mobilize against its implementation. The law may still be challenged through the courts or repealed outright by a later act of Congress.

UP Internet Freedom Network, a student organization at University of the Philippines Los Baños, posted a graphic on its Twitter page the day the bill lapsed into law. It read: “What happens after March 4? The fight continues!”

Content creators and social media users across the Philippines remain vocal, too. Drizvy says they’re speaking out not just as a content creator, but as a Filipino exercising their “freedom and rights to internet safety.”

“We as content creators will stand our ground to fight for it, since we have the capabilities of reaching larger audiences,” Drizvy said. “It is a little sad that we can’t really do much other than that. But speaking up really does matter.”