The D.C. police said they will no longer respond to fires in disturbance areas.

In the hour following the inauguration of President Donald Trump, protesters began to wreak havoc on the streets of Washington, D.C.

Police began arresting protesters just after 1pm ET on Friday after a clash between demonstrators and law enforcement. Some protesters broke the windows of a Starbucks and a Bank of America building.

Around 3pm, a group of protesters broke the windows of a limousine near the intersection of K and 13th streets. They also wrote “We the People” on the side in gold spray paint. The people behind the limo vandalism were captured wearing black masks, hoodies, and carrying hammers.

Got here just after a group of people smashed in windows of a limo and SUV in McPherson. pic.twitter.com/01Rp2OC8MD At approximately 4pm, the D.C. fire department indicated that it would no longer respond to fires in disturbance areas. It will continue to respond to emergencies in other areas of the city.

instruction regarding not responding to runs only pertains to disturbance area. We are responding normally throughout rest of city.

The protests in Washington include a wide variety of groups, from LGBT and women’s rights activists to anarchists and anti-fascist groups. It is unclear at the time of publication which faction was behind the limo incident.

The protests remained relatively quiet and peaceful before 1pm. Curious D.C. residents mixed with demonstrators as the nation’s capital became overrun with a spectrum of inaugural activities. 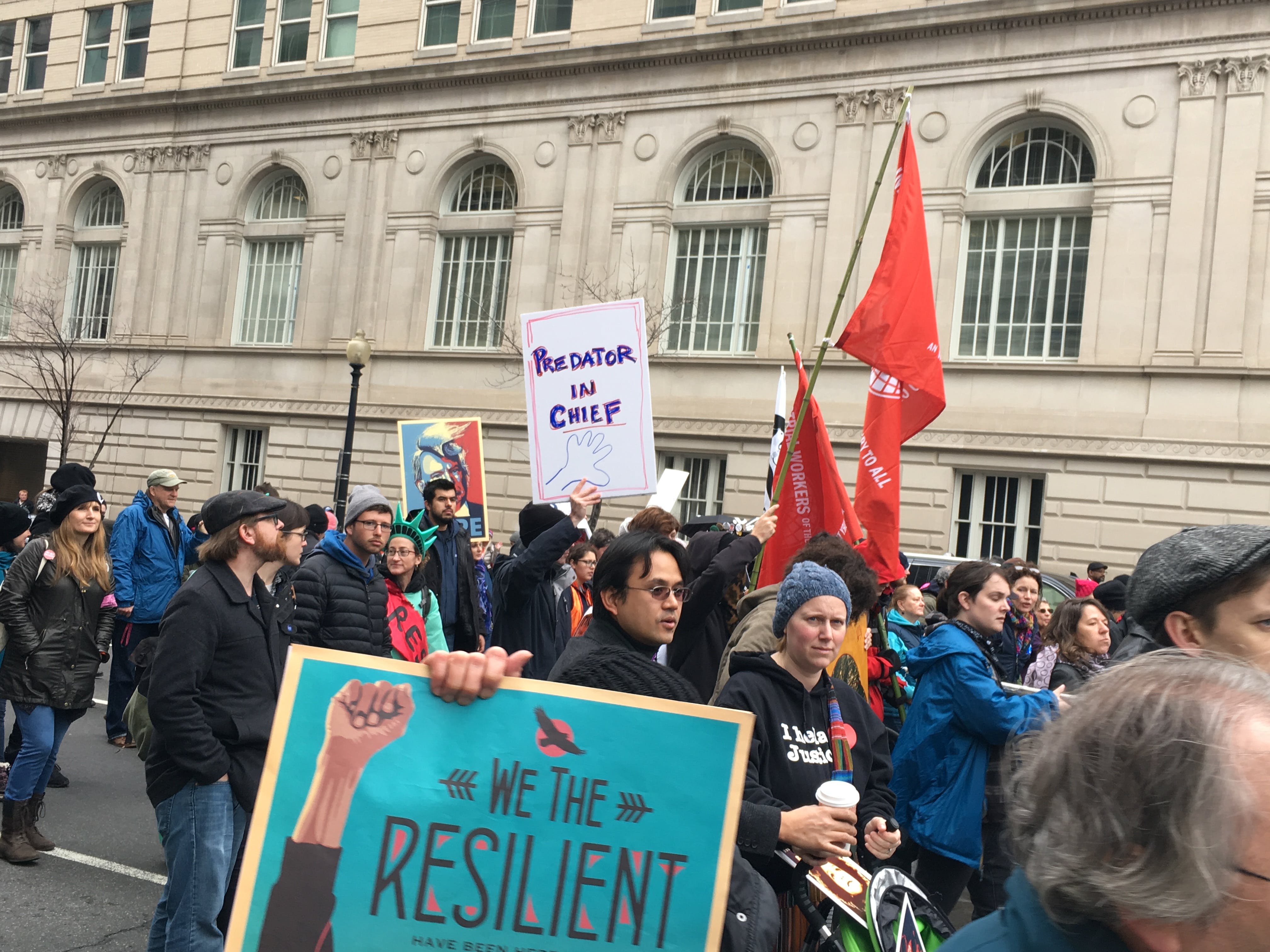 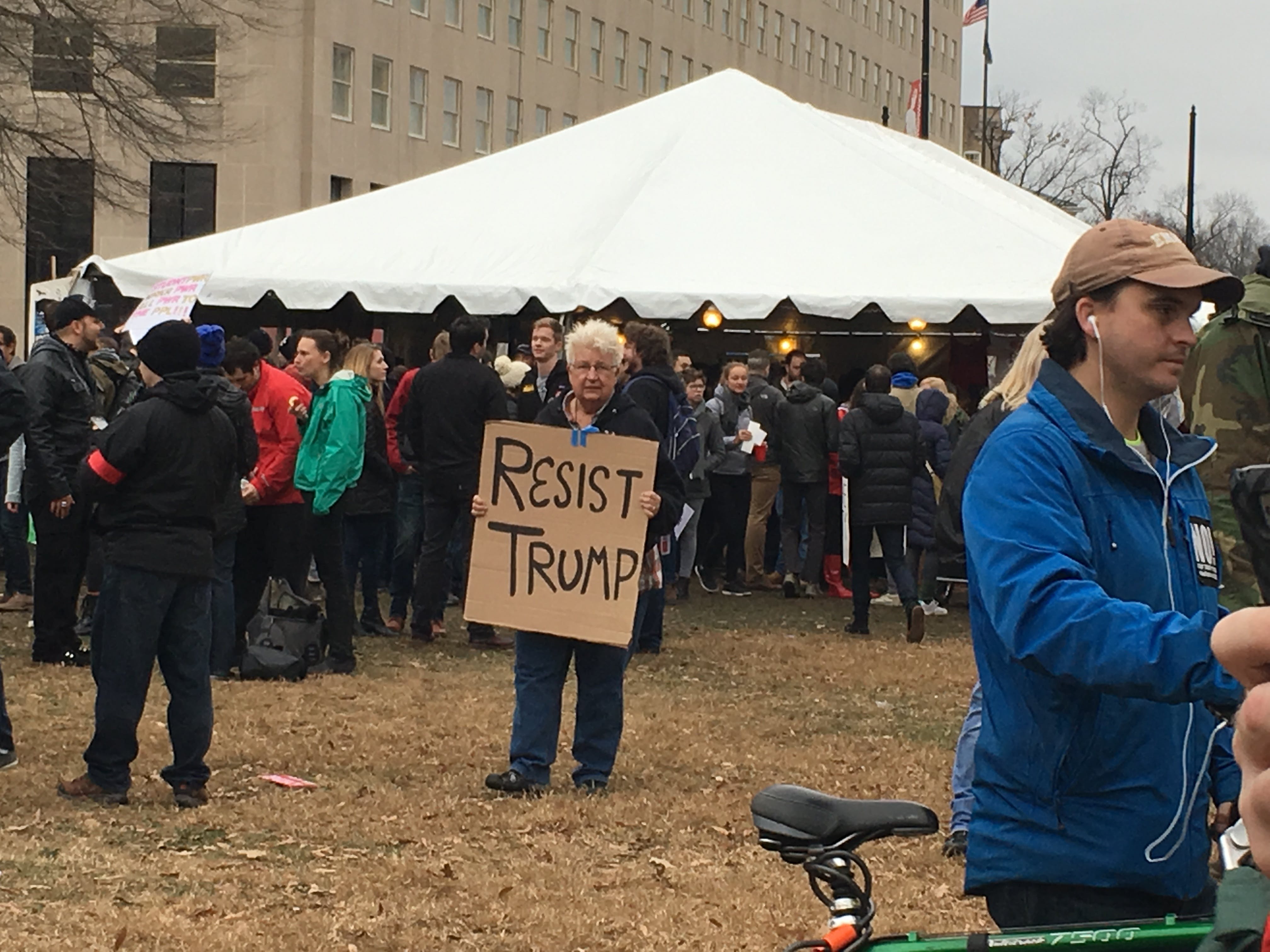 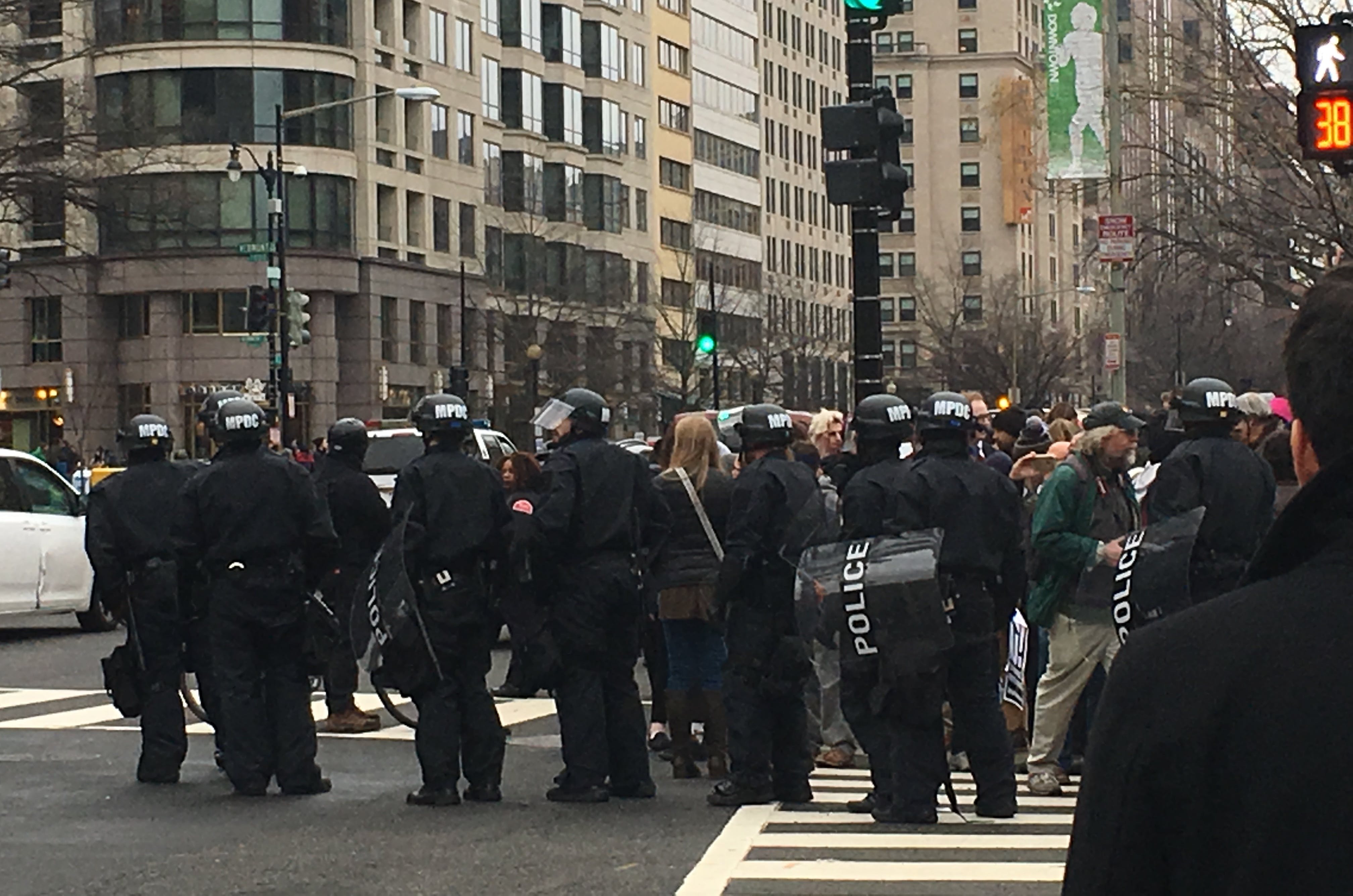 Hundreds of thousands of people are descending upon Washington for the Women’s March, which is set to take place on Saturday. The event will begin with speakers and performances at 10am ET, while the march itself is scheduled to start at 1:15pm ET.