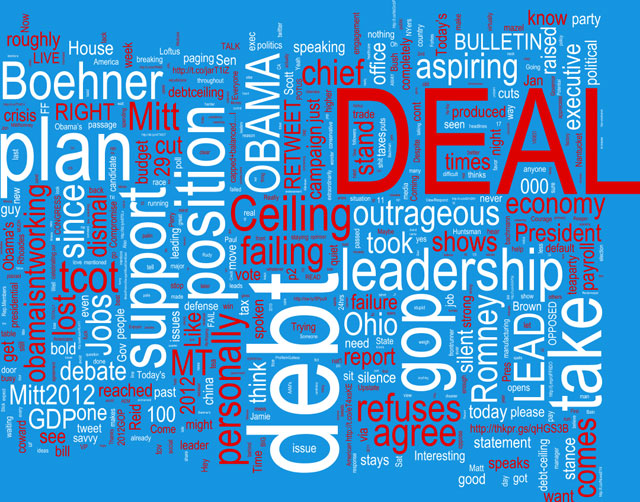 Romney has been the long time favorite of Reagan-era conservatives. His failure to come down on either side of the debt ceiling deal have weighed on his following recently but, overall, his Twitter stream is still generally supportive.