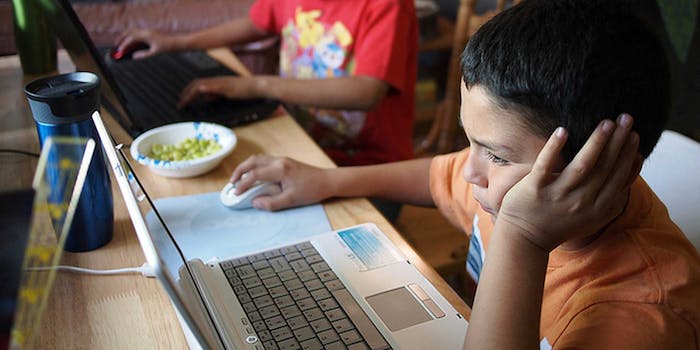 Critics warn that the changes, which went into effect Monday, could stifle the the Internet experience for children.

After years of negotiations and hand-wringing, new federal rules went into effect this week to limit the tracking of children’s Internet activity by online companies.

The revisions to the Children’s Online Privacy Protection Act were enacted Monday, over the objections of tech companies who say the revisions will stifle the the Internet experience for children.

The biggest change is an expanded definition of “personal information,” which now applies to geo-location data, photos, videos, and audio files. Other revisions also ban “behavioral advertising” directed at children without parental notice and consent. COPPA still applies only to children under the age of 13.

“At the FTC, protecting children’s privacy is a top priority,” said FTC Chairwoman Edith Ramirez in a written statement. “The updated COPPA rule helps put parents in charge of their children’s personal information as it keeps pace with changing technologies.”

COPPA was first approved by Congress in 1998 as a way to protect children’s personal information online. But as the Internet has evolved over the last decade, the Federal Trade Commission decided revisions where necessary to encompass the changing online landscape.

Creation of the new rules took four years to iron out and were approved in December 2012. The changes were met with praise from privacy advocates like Jeffrey Chester of the Center for Digital Democracy, which spent four years lobbying for the new specifications. The new rules were also endorsed by 19 other public health, consumer and digital rights groups, including the Consumers Union, the Center for Science in the Public Interest, and the American Academy of Child and Adolescent Psychiatry.

“This is an important victory for privacy rights on the Internet,” Chester told USA Today.

But the new rules have not received universal praise. Targeted ads based on browser history and information mining have been vital to the growth of Web-based companies. Such companies that market toward children say the new rules deprive them of important development tools.

Among revised-COPPA’s opponents are some of the leading children’s media brands, including Nickelodeon, Disney, and Cartoon Network, all of whom say the FTC’s actions will hinder the growth of online products and services appropriately aimed at children. Facebook has also fought the rule change, with founder Mark Zuckerberg saying stricter guidelines will inhibit children’s ability to access Facebook’s potential as an educational tool.

“My philosophy is that for education you need to start at a really, really young age,” Zuckerberg said in direct response to the proposed COPPA rule changes in 2011.

Other critics have said the portion of the new rules applying to mobile apps and plugins could create an unnecessary burden on companies that don’t market toward children. Now, third-party plugins will only be responsible to meet COPPA standards when they have “actual knowledge” that they are collecting information on children under 13. Critics claim this will force more companies to demand age verification.

The Information Technology and Innovation Foundation’s Daniel Castro told the FTC last year in his testimony that COPPA’s regulations have severely hindered the growth of websites targeted at children. He said no site targeted at children has had success comparable to a Google or Facebook because of these information tracking prohibitions.

“Although COPPA is supposed to protect children’s privacy ‘in a manner that preserves the interactivity of children’s experience on the Internet and preserves children’s access to information in this rich and valuable medium,’ the rules propagated under COPPA appear to have blocked the development of more and better quality online sites and services for children under the age of 13,” Castro said.

H/T: The Hill | Photo by Sammie/Flickr