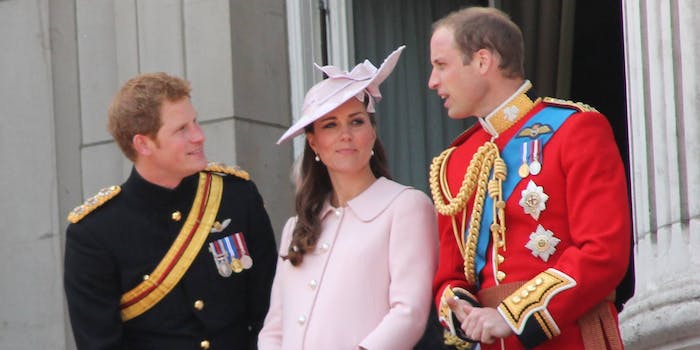 Should he really be airing his opinions in public?

Prince Harry just spoke out in favor of introducing national service, provoking immediate outcry from people pointing out that as a member of the royal family, his experiences of military life are not exactly normal.

“I dread to think where I’d be without the Army,” he said, adding that military service helps to keep people out of trouble. “The Army keep giving me great jobs, and I can never thank them enough for that.”

This isn’t a great time for Prince Harry to be voicing opinions about anything, never mind something as controversial as national service. His father, Prince Charles, is currently embroiled in a scandal relating to his history of lobbying the U.K. government, and the recent election result means conscription is a touchier subject than usual. With unemployed and underemployed young people likely to suffer under the Conservatives’ austere welfare cuts, few are interested in hearing a prince tell them they’d be better off with mandatory national service.

As opposed to national service, we could introduce a system where people don't get millions of pounds of taxpayers' money as a birthright.

Prince Harry recommends National Service for all: "You get to be an officer, protection guys look after you & people call you Your Highness"

Young people don't need National Service to keep them out of trouble, they need uni without fees, job contracts + a chance at buying a house

Tell you what, Prince Harry: we'll do National Service if you and your family do proper jobs (for life), and live only off the wages. Deal?

As many people on Twitter are pointing out, Prince Harry’s “fun” time in the Army does not reflect how most people would react to military life. While military service is one of the few “normal” jobs available to members of the British royal family, Prince Harry’s experiences are hardly typical, seeing him go from officer training school to becoming a helicopter pilot and organizing a paralympic-style tournament for injured servicemen and women.

Most importantly, Prince Harry’s decision to join the Army was a personal choice, making it very different from the effects of government-enforced national service.