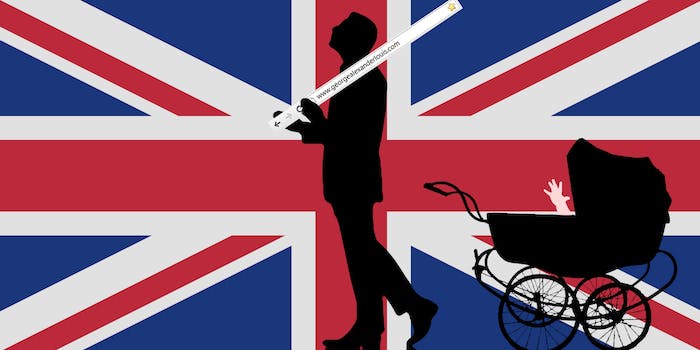 The Prince of Cambridge, George Alexander Louis, only had his name for a couple hours before Luc-Andre Biggs swooped in.

The Prince of Cambridge, George Alexander Louis, only had his name for a couple hours before a cybersquatter swooped in and nabbed his URL.

Biggs currently owns 632 domains and has a history of purchasing domains and flipping them for profit. He sold DR.org in 2010 and received nearly double what he paid for it in a private transaction. He’s also sold a number of .info domains in the past couple months.

If you were looking to grab another variation of George Alexander Louis’s name, you’re nearly out of luck. Many extensions are already taken, but the .pw, .xx, and .pe domains are still available.

The domain isn’t available for sale on Flippa, a marketplace to sell and buy websites, where websites for currently sale are going for anywhere from $11 to $20,000.

It is unclear exactly why Biggs purchased the domain. He declined to answer Wired, asking only, “Why do you want to know?”

We reached out to Biggs to find out whether he’d sell the domain to us, and for how much. We’re not holding our breath.