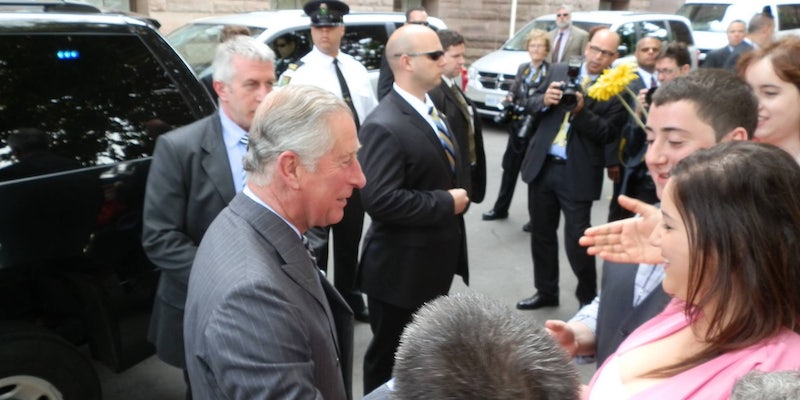 Royals must always act with decorum when appearing in public. However, this video proves their employees are under no such obligation.

In order to protect Britain’s Prince Charles from answering any questions from reporters, his assistant actually attempted to rip a microphone from a journalist’s hands.

This wasn’t a paparazzo harassing the Prince about something frivolous; it was a Channel 4 news team reporting on a political scandal relating to the Prince’s influence over government ministers.

The heir to the throne was avoiding questions about a series of letters he sent to politicians over a decade ago. The Guardian spent ten years embroiled in a legal battle so the letters—also known as the “black spider memos”—could be released to the public. Revealed on Wednesday, these letters show Prince Charles lobbying the government on a wide variety of issues ranging from badger culling to education to his support of homeopathic medicine.

Palace officials have made a great effort to keep the letters under wraps, citing that their release “can only inhibit [Prince Charles’] ability to express the concerns and suggestions which have been put to him in the course of his travels and meetings.” Reading between the lines, the letters damage the royal family’s image as symbolic leaders, indicating that Prince Charles could wield far more influence than Queen Elizabeth when he eventually ascends to the throne.

So far, the Prince himself has not made any public statement on the issue.

Photo via Ibagli/Wikimedia (CC BY 1.0)