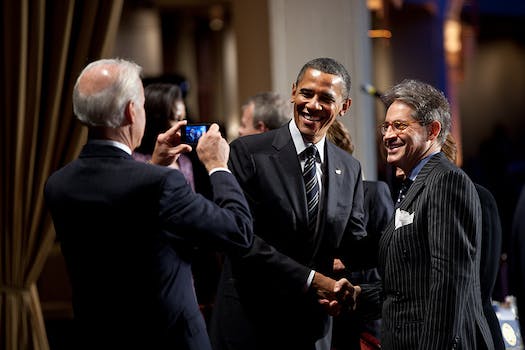 Why President Obama’s winning on the Web

A new Nielsen study shows that Rick Santorum is having a hard time connecting with older voters online.

This week Nielsen released numbers about which 2012 candidates are getting the most online visitors.

Not surprisingly, President Barack Obama is leading the pack. In January 2012, 4.2 million people visited BarackObama.com, a number not even matched by all of the GOP candidates combined. And the president recently reported an impressive spike in traffic from his YouTube documentary, “The Road We Traveled.”

But even more interesting data emerges when one goes deeper into the stats.

When it comes to age, Obama has a clear advantage with older voters (people 50 years and over). That’s important because older people tend to be the most reliable at the ballot box. Going closer, the only GOP candidate who has Obama beat when it comes to voters 65 and older is Newt Gingrich, who also had the most affluent visitors, with 27 percent making more than $100,000 annually.

The age becomes a bigger issue for Rick Santorum and Ron Paul. When it comes to visitors to Santorum’s website, only six percent are over the age of 65. Only 4.7 percent of the people visiting Paul’s site are above the retirement age. That’s more of an issue for Santorum, who is trying to secure conservative voters, many of whom tend to be older. However, Paul, despite being the oldest candidate at 76, has always had a younger appeal.

But there’s another possible reason for Obama beating out his Republican competitors in Web statistics, and it lies with what data was gathered and when.

January was the month selected to see how many people were visiting each site, and only four Republican websites were looked at. Yet at the time there were three other candidates in the race. Together Michele Bachmann, Rick Perry and Jon Huntsman could have boosted the Republicans’ numbers.

However, it’s unlikely that those three candidates would have able to match Obama’s wide lead on the Web.