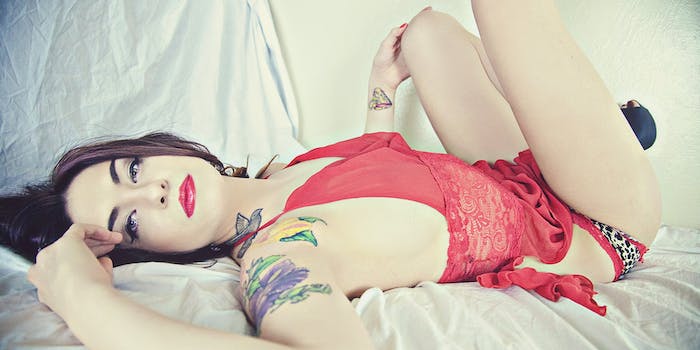 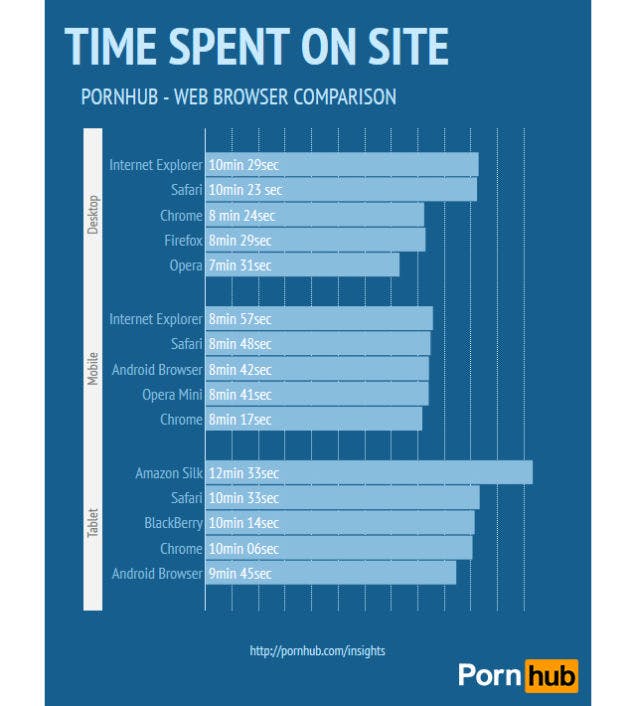 (In fairness, however, this disparity could probably be attributed less to the innate differences between IE users’ and Opera users’ sexual endurance levels, and more due to the fact that Internet Explorer is just so damn slow.)

The study also helpfully breaks down the most popular searches for each Web browser. Apparently, Safari and Internet Explorer users are most fond of “massage” or “Japanese”-themed content, while both Chrome and Firefox users share a preference for “mom” videos: