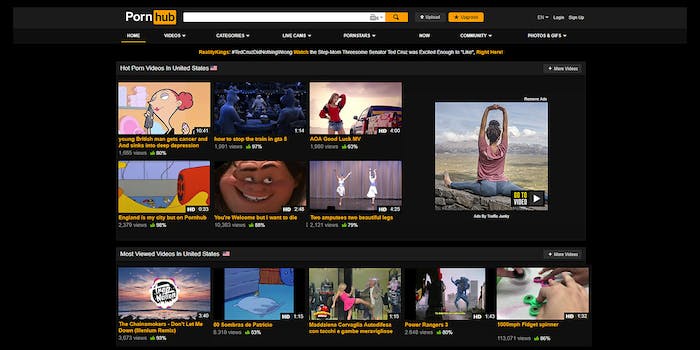 The virus was active for more than a year.

Fake ads surrounding pornography videos were used to redirect users to a scam site that tried to trick them into downloading a file for a browser update. Different versions of the scam were used on Chrome, Internet Explorer, and Firefox.

If users opened the file, it would download an ad fraud malware called Kovter, a malicious software that lets hackers track a victim’s traffic. With that traffic, the attackers could take over someone’s system and use it to click on fake ads to generate revenue. The sites associated with those ads, typically spam sites, would then profit off the malware.

Here’s a convincing image of a fake update screen discovered by Proofpoint.

By the time the malware was discovered, it had already been in place for more than a year. Even more concerning is that most users wouldn’t notice that their system had just been taken over. However, things could have been a lot worse considering the access the hacking group KovCoreG was granted. “While the payload in this case is ad fraud malware, it could just as easily have been ransomware, an information stealer, or any other malware,” Proofpoint said.