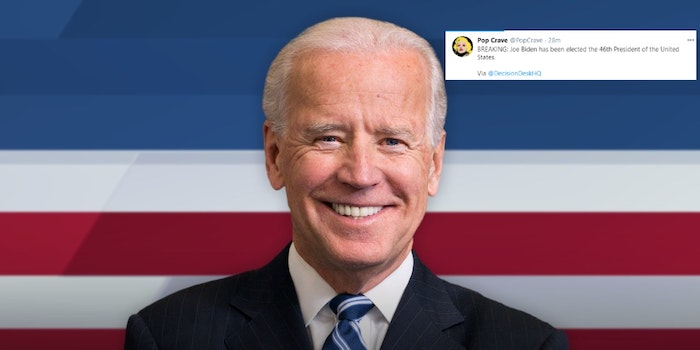 On Friday morning, after a seemingly endless ballot count, an anxious nation got the news it had long-awaited and many desperately hope is true: Joe Biden is the president-elect of the United States. (The race has not officially been called as of this writing.)