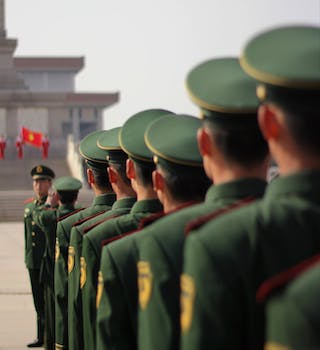 Rumors of Internet clampdown in Beijing ahead of power shift

It's an interesting coincidence that major Chinese websites are going dark the day of a major political transition.

China’s government is about to undergo a once-in-a-decade, highly sensitive leadership transition. So sensitive, in fact, that it appears Beijing’s local internet service providers are throttling access in preparation for the event on Nov. 8.

The official excuse is “maintenance.”

Prominent Beijing-based writers, blogger Jeremiah Jenne and NPR reporter Louisa Lim, were among the first to report on Internet troubles.

China-based redditors are reporting Internet weirdness, too, noting that access to Google Web apps like Gmail appears to be severely limited. After China blogger Charles Custer reported on the rumors in a post at Tech In Asia, commenters chimed in to confirm that they were also having trouble with their Internet connections.

It’s important to emphasize that this is still largely hearsay—there’s no direct evidence of government involvement. It’s possible, if implausible, that Beijing’s ISPs really are shutting down for maintenance. At the same time, there are precedents for an Internet lockdowns in China, as Custer noted:

Cutting off the web would be an extreme reaction, but a shutdown of major websites and ISPs during a major political event wouldn’t be unprecedented. June 4th—the anniversary of the government’s bloody crackdown on Tiananmen protesters in 1989—is referred to jokingly by some net users as “Internet maintenance day” due to the fact that many websites and services seem to pick that particular day each year for scheduled maintenance. And following the Xinjiang riots, internet access in that province was severely curtailed for months.

Shutting down the Internet would be extraordinarily expensive for a city as wired as Beijing. But other strange things are happening as the city tightens security ahead of the 18th National Congress. Taxi drivers have been told to remove window handles ( so they can’t be rolled down), and passengers are required to sign a “traveler’s agreement” promising they will avoid sensitive parts of the city. On China’s Twitter-like blogging service, Sina Weibo, searches for “party congress” are blocked. And don’t even think of releasing your pigeons. That’s banned, too.

It’s been a bumpy year for China’s leadership. Former rising star Bo Xilai was stripped of his position as head of the party in the southern megacity of Chongqing amongst corruption allegations and the implication of his wife in the murder of a British national. (She was later found guilty.) In September, the country’s presumptive President, Xi Jinping, mysteriously disappeared from public appearances for two weeks, skipping a meeting with U.S. Secretary of State Hillary Clinton. Beijing political analysts chalked it all up to a bad back. And last week, the New York Times released a blockbuster investigation into the finances of China’s current second in command, premiere Wen Jiabao, revealing net assets of a whopping $2.7 billion.

Access to The New York Times websites and social media accounts was promptly blocked from within China.