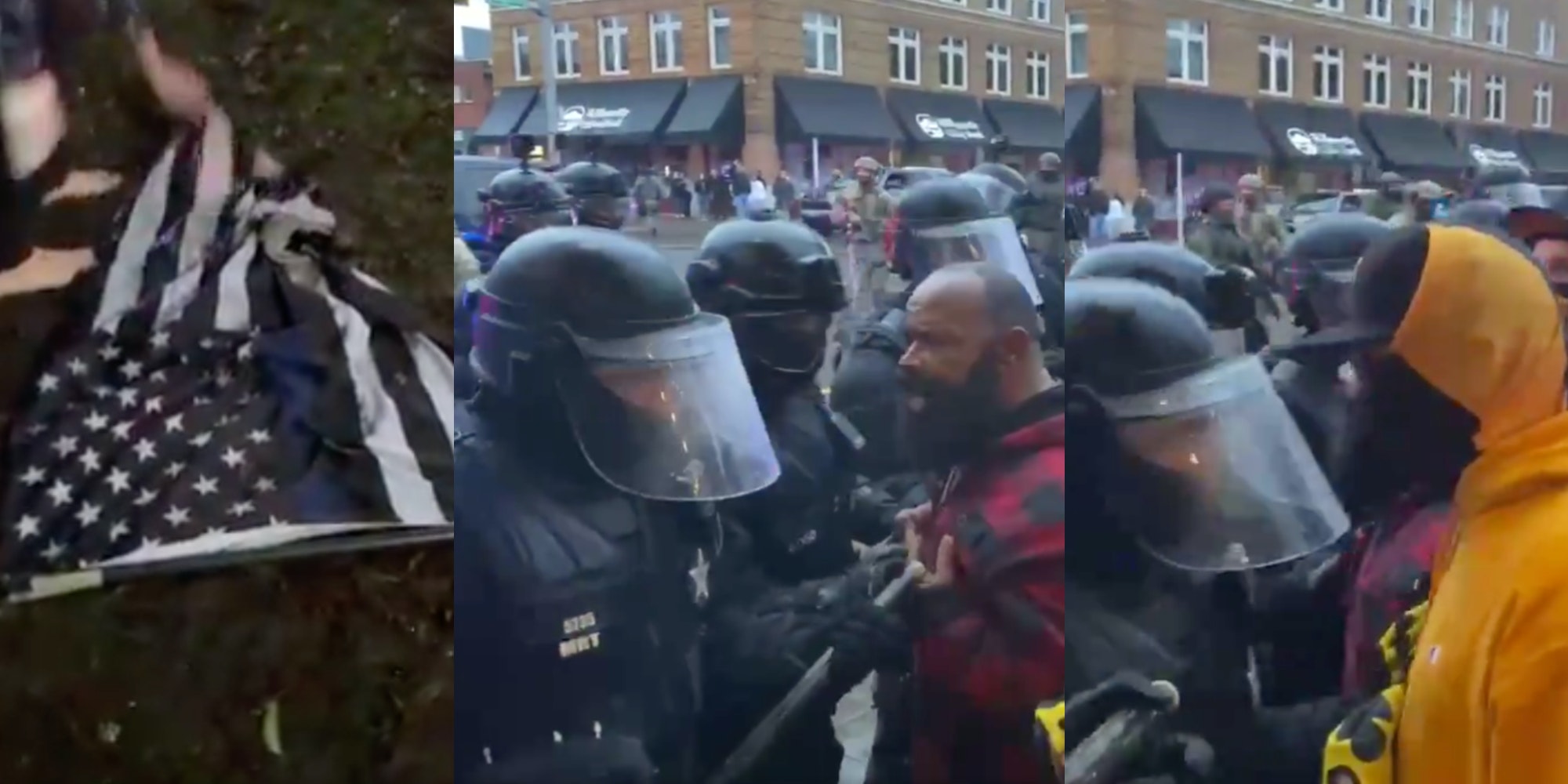 In viral videos circulating online, police in Salem, Oregon, and the far-right group the Proud Boys appear to be fighting with one another.