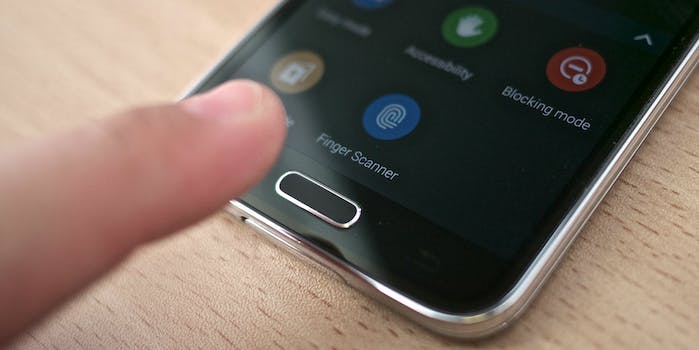 It's becoming more common than you think.

Police officers in Florida walked into a funeral home and attempted to use a dead man’s finger to unlock his phone.

Linus Phillips, 30, was killed by an officer in March at a gas station after police said he tried to drive away before they could search him. His fiancée, Victoria Armstrong, was at the funeral home when two detectives arrived and unsuccessfully attempted to unlock Phillips’ phone using his corpse. She told the Tampa Bay Times she felt “so disrespected and violated.”

Lt. Randall Chaney of the Largo Police Department told the Times that the officers failed to unlock the smartphone. He claims the attempt was made to aid in the investigation into the man’s death and a separate inquiry into drugs found after the incident. The officer claims this is the first time he’s seen the department attempt to unlock a device using the fingerprint sensor. It’s unclear what device Phillips owned, but if it was an iPhone, officers would only have 48 hours to unlock it with Touch ID before it timed out.

It’s illegal for officers to search a cell phone without a warrant due to Fifth Amendment protections, but those rights don’t apply to the deceased. What the detectives attempted to do, therefore, was within the law, though there are some clear ethical concerns.

“The law has been most cruel, really unforgiving to a dead person,” Southampton Law School associate professor Remigius Nwabueze told the Tampa Bay Times. “It provides no entitlement or legal rights after death to a deceased person.”

While the detective’s actions are unsettling, they don’t come as a surprise. Last month, Forbes published a report explaining how it’s becoming commonplace for authorities to use biometrics from dead people to unlock their iPhones. The report said authorities have a mixed track record of getting into the devices, but in one case police were able to use the phone of an overdose victim to track down their dealer.

Authorities continue to look for new techniques to unlock phones protected by passwords and biometric security methods. Most recently, federal and local investigators bought up iPhone cracking boxes that can break into an Apple smartphone in a matter of hours. The devices start at $15,000 and are capable of unlocking the latest devices.