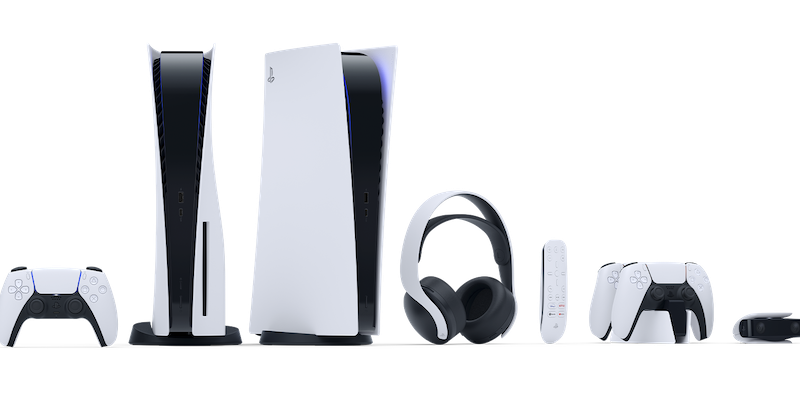 Your guide to the PlayStation 5 launch

The next generation of gaming is almost at your door. Here's what to know about the PS5 launch.

Ready or not, the next generation of gaming is almost here. Next week, the PlayStation 5 will arrive on store shelves—or more likely, be shipped directly to your home if you were lucky enough to secure a preorder. We’ve had access to Sony’s latest machine for a few weeks now and have put together a comprehensive guide to prepare for the system’s launch.

Your biggest question, if you haven’t bought one yet, is likely how you can still get your hands on it. The official PS5 release date is Nov. 12 (in North America and the South Pacific, anyway), but finding a console won’t be that simple. The ongoing pandemic paired with massive demand has led to a stressful situation regarding PS5 preorders.

However, if you’re still shopping, there are two options to watch for. The standard PS5, which retails for $499, includes a disc drive for 4K Blu-rays and PS4 games. If that’s not a priority for you, the $399 discless version of the system is practically identical, with no noticeable trade-offs in power. Flexibility may be key.

Inside the box, you’ll find everything you need to start playing. The console comes bundled with an HDMI cable ready for 4K and the cable required to sync up the new DualSense controller (more on that in a second). Once you boot up the machine, you should be able to connect your PlayStation account and log in. If you still have a PS4 lying around, you can install all your old games with a network transfer or simply by plugging in an external hard drive.

The single best thing about Sony’s latest machine might just be the new DualSense controller. While it follows in the spirit of the past DualShock series—with the same iconic face buttons, parallel thumb sticks and a pair of shoulder pads—the additional technology inside genuinely increases the immersive experience of playing games in totally new ways.

For one, the haptic feedback makes it possible to feel different surfaces and movements, thanks to small, almost imperceptible rumbles. The controller itself responds to your gameplay with adaptive triggers as well, applying pressure to require either more or less force to register in-game.

In your hands, the controller might not feel much different from that of the PS4, but these tweaks truly enhance the play experience in a major way. Paired with the integrated speaker’s sound effects, characters and special effects pop off the screen more convincingly.

Thanks to the often seamless load times of the system, the DualSense makes playing games on the PS5 feel appropriately pioneering. The playful nature of these subtle advances make the console feel like the big, fancy toy it appears to be.

When you first boot up your PlayStation 5, you might be surprised to see these colorful robot faces looking back at you. Installed on every console, Astro’s Playroom is a bite-size follow-up to the criminally underrated PSVR game AstroBot Rescue Mission. If you did play that lovely platformer, then you won’t be surprised by the whimsical wonders awaiting you in this cutesy adventure.

But what makes Astro’s Playroom such a compelling experience is the way it takes advantage of Sony’s latest hardware. You’ll feel surface tension and movement in your hands thanks to the DualSense controller, and you can hear more detail in each environment thanks to the upgraded audio output. Across four varied biomes, players explore PlayStation’s history with Astro and his pals in a title that perfectly demonstrates what the next generation is capable of.

Arguably this fall’s biggest blockbuster for PlayStation fans, Miles Morales follows up the narrative of Insomniac’s last fantastic Spider-Man story. With Peter Parker on vacation, a new superhero must rise in Harlem and face off against some familiar foes. All the web-swinging and stealth combat that made 2018’s game so excellent are back, with more powers and suits to collect this time around.

Once again, the story presented in Spider-Man: Miles Morales is emotional, intense, and full of comic book Easter eggs. Though this campaign is much shorter, it still packs a punch. Gliding around New York City in a smooth 60 frames per second provides a great opportunity to take advantage of the PS5’s fast-loading solid-state drive in action.

Prepare to die… again. Before Dark Souls became a global phenomenon, there was PlayStation 3’s Demon’s Souls. Acclaimed studio Bluepoint Games (responsible for the recent modernization of Shadow of the Colossus) has stepped in to reimagine this gothic action game while honoring the original experience.

Though we haven’t played it yet, this remake promises a more polished but still punishing experience for Souls fans. With reduced load times and an optional cinematic sheen, Demon’s Souls will certainly show off your fancy new system in style.

For fans of co-op platformers, Sackboy: A Big Adventure promises no shortage of imagination. This standalone story takes the hero of LittleBigPlanet on a quest to save Craftworld, with fully 3D action for the first time. Up to four players can hop in to any level and utilize the DualSense controller’s new features.

In terms of new IP, Godfall seems to be the biggest draw for the PS5. Published by the team behind Borderlands, this high fantasy adventure blends Destiny’s rewarding loot mechanics and melee-focused combat. Though you can play through the game’s campaign on your own, you can also hop online with up to three friends using a “drop in” co-op mode.

The internet’s favorite indie game will be available as a free download for PlayStation Plus subscribers when the PS5 launches later this month. Bugsnax is a goofy adventure game inspired by Pokemon Snap that’s set on an island full of residents that are half bug, half snack. While it might not be the most technically demanding launch title for this new console, it sure looks unique.

If none of the launch titles appeal to you, you can always just play what you already own.

As previously mentioned, almost all PlayStation 4 games will be compatible with the new system. If your PS5 has a disc drive, it’s as simple as popping that game in and loading in your old saves. But otherwise, you can redownload any title from your library on the PlayStation Store and take advantage of better load times and HDR.

Additionally, some titles will be eligible for free upgrades to the PS5 version of the game if you previously purchased it on PS4, such as Ubisoft’s biggest fall titles, Watch Dogs Legion and Assassin’s Creed Valhalla.

But if this is your first PlayStation and you’re lost on where to start, the PlayStation Plus Collection has you covered. Any PS+ member can claim and download the following games to their PS5 and start playing at no extra cost.

Streaming apps on the PS5

Of course, gaming isn’t the only thing you might be doing with your new PS5. If you’re interested in streaming music or movies in between matches, these are the apps confirmed to be available at launch, if you have a subscription.

Overall, the PlayStation 5 strongly demonstrates its argument for next-gen gaming with 4K resolution, 60fps capabilities, and exclusive, unique user experience features. The main priority, from packaging to the first time you set it up, is a laser focus on improving the experience of playing games. That means faster loading, snappy switching between titles, and less obfuscation and clutter in menus.

The launch lineup could certainly feature some flashier titles, but the variety of genre and stories on display offers many players a way in. Plus, the adaptability with older titles takes advantage of the new machine. It will be exciting to track what PlayStation has in store over the next few years, as more people are able to get their hands on one.

These impressions were made possible by a launch version of the console provided by PlayStation.