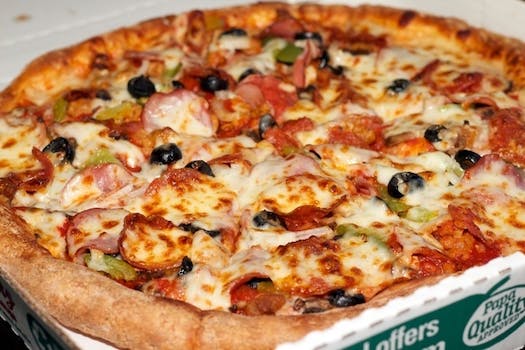 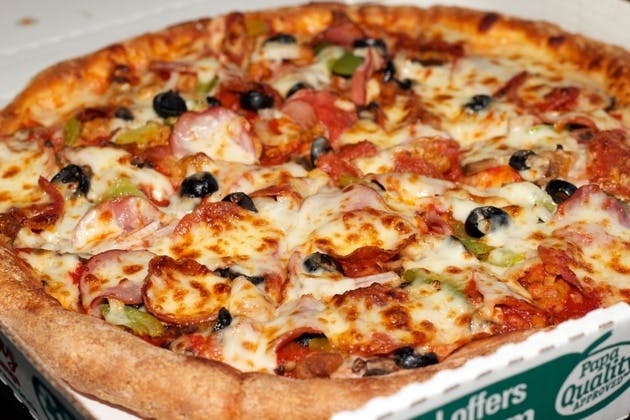 It is widely believed that the first real-world bitcoin transaction took place May 21, 2010. Laszlo Hanyecz, a programmer living in Flordia, sent 10,000 bitcoin (BTC), the online-only, open source cryptocurrency, to a volunteer in England, who then spent about $25 to order Hanyecz some Papa John’s. Hanyecz then uploaded the image above as proof that the transaction had been successfully completed.

It was a major milestone in bitcoin’s short history. And as of right now, it cost Hanyecz three-quarters of a million dollars. You are looking at a $750,000 pizza.

Thanks largely to the financial crisis in Cyprus, which has spurred Europeans to buy up bitcoins at a blistering rate, a single BTC is now worth a record 75 US dollars. But three years ago, when the currency was unveiled in February 2010, one bitcoin was worth just $0.03. For months, it stayed that way. Programmers were mostly just “mining” the crytopcurrency and discussing the project on BitcoinTalk.org. Laszlo had a bunch, and just thought it’d be kind of a kick to see if he could use it to get dinner. So he posted a hitherto unheard-of proposition to BitcoinTalk.org, the primary forum for the currency on that fateful day in May:

I’ll pay 10,000 bitcoins for a couple of pizzas.. like maybe 2 large ones so I have some left over for the next day.  I like having left over pizza to nibble on later.  You can make the pizza yourself and bring it to my house or order it for me from a delivery place, but what I’m aiming for is getting food delivered in exchange for bitcoins where I don’t have to order or prepare it myself, kind of like ordering a ‘breakfast platter’ at a hotel or something, they just bring you something to eat and you’re happy! …

If you’re interested please let me know and we can work out a deal.

Many of Laszlo’s fellow bitcoin forum-frequenters were skeptical. Ender_x replied “10,000… Thats quite a bit.. you could sell those on https://www.bitcoinmarket.com/ for $41USD right now.” The notion that the BTC could be used in the real world hadn’t quite sunk in, as he wished him “good luck on getting your free pizza.” Bitcoin still seemed more like an experiment or a hobby than anything with actual monetary value. Soon a user called Xunie piped in: “I’d buy you a Domino’s for you, if I knew how to pay from Europe! (Like, how is Domino’s pizza in the United States gonna receive my payment?, Credit card?)”

Laszlo replied: “A lot of pizza places have online ordering, my wife and I use that sometimes with Papa John’s.  Almost all of them will accept credit cards by phone as well

But that line went dead, so he tried again. And here’s how it played out:

Read  the full story on Motherboard.