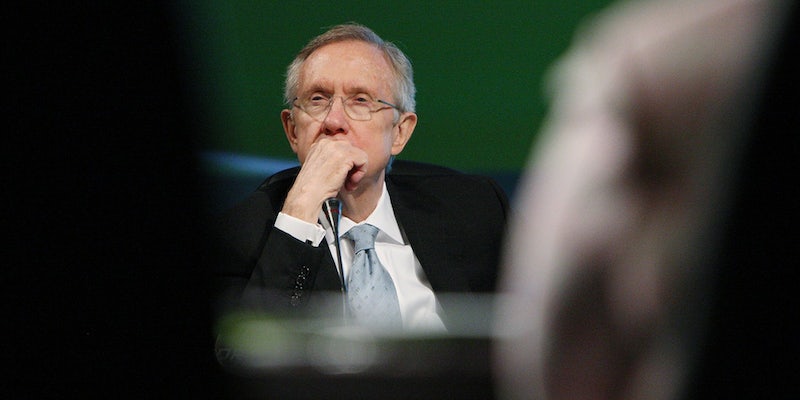 The people have spoken, and the Senate has listened.

On Friday morning, Senate Majority Leader Harry Reid announced that the procedural vote Tuesday on the Protect IP Act (PIPA), a controversial bill opponents claim threatens the underpinnings of the Internet, has been postponed.

There is no reason that the legitimate issues raised by many about this bill cannot be resolved. … We made good progress through the discussions we’ve held in recent days, and I am optimistic that we can reach a compromise in the coming weeks.

The news comes less than two days after the great Internet blackout of 2012 encouraged millions of Americans to contact their representatives and sign petitions in protest against PIPA and the Stop Online Piracy Act (SOPA), which was similarly postponed four days ago.

News of the postponement has been trickling out through Twitter, where politicians have started to weigh in.

“You’ve been heard,” tweeted Sen. Chuck Schumer. “#PIPA has been pulled so we can find a better solution.”

“Good news folks. You weighed in, and your voices have been heard,” tweeted Rep. George Miller of Washington, D.C. “PIPA was on a fast track…”