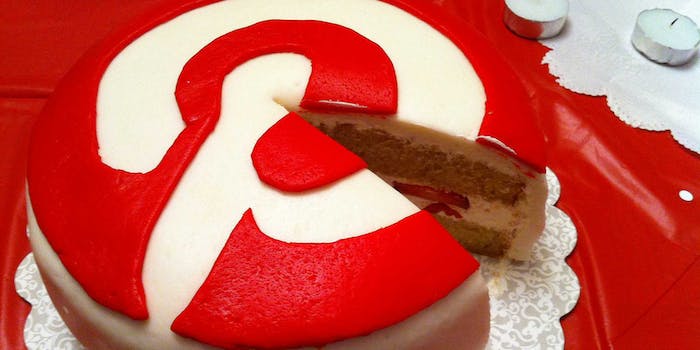 It's not the Snapchat of anything.

Pinterest just keeps upping its game as one of the only social networks around that’s actually useful on top of being a novelty. Pinterest is like the social north star of not-nonsense in a galaxy adrift in a sea of Yos. And now it’s added another feature that adds actual value for users. And like, it doesn’t even have a stupid name (re: most messaging apps)!

On the visual scrapbooking service, users have long been able to send pins to one another (and they do—to the tune of two million a day). Sending a pin is incredibly handy for sharing cookout recipe ideas, sofa cover suggestions, posh haircuts and the like to friends on Pinterest and would-be Pinners via email. Now, users can respond to those shared pins with a quick, lightweight chat box that pops up within the desktop or app interface.

A Pinterest spokesperson told us why the new feature makes actual sense (refreshing!):

This is different from other messaging platforms because conversations are around a Pin, and are focused on planning something for the future (vs. a quick “hello!” or sharing photos). Pins in the conversation are dynamic and can be clicked through to the source, or saved to a board right from the window. Pins can also be dragged and dropped into the chat, and you can search Pinterest’s network 30 billion Pins to add to your chat as well.

A messaging feature with a purpose implemented in a thoughtful, unobtrusive way? It’s enough to make us want to pin all the things.