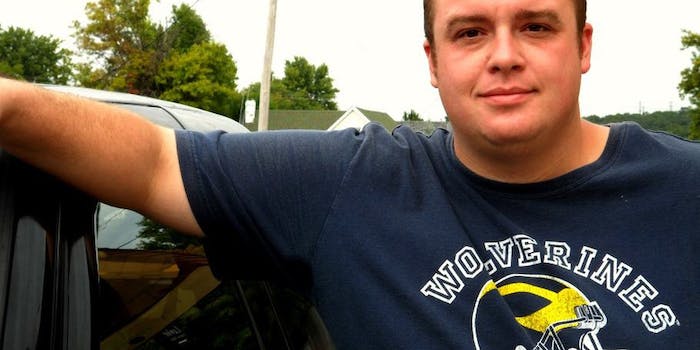 What do you do when your favorite site leaves you wanting more? You can complain on Twitter. You can petition the site’s creators. Or you can take matters into your own hands.

That’s what Ryan Ledendecker, an Internet marketing manager from Columbia, Illinois, did when he found online image board Pinterest missing a few features. Last Wednesday, Ledendecker launched PinFaves.com, a site designed to be a companion community to Pinterest.

Pinterest’s minimalistic interface for its wildly popular online image board limits users to following a pinner, commenting on a pin, and repinning, or reposting, a pin on their own board. That ease of use is part of what has made Pinterest such a success. However, it’s left pinners like Ledendecker wanting more.

Specifically, PinFaves adds a voting system similar to Digg or Reddit to determine which pins are most popular.

“Everyone loves when their pins get repinned and liked, and PinFaves.com will be the site where your Pinterest content is put to the test, with the voting system,” he told the Daily Dot. ‘The cream of the crop will rise to the top.”

The 29-year-old said he joined Pinterest a couple weeks ago, after hearing his friends and family rave about the service. However, he thought something was missing.

“I quickly realized that they lacked something that I’m always interested in: trends and statistics. Also, if a company or individual wanted to promote a pin, how could they do it?” he asked.

Ledendecker brought these questions up with his mother, fellow Pinterest user Patricia Sullens, while the two had dinner one night, sparking a brainstorming session. He said Sullens’s “non-Internet-marketing perspective” helped him finesse his idea. They launched the site together as partners on Feb. 1, comparing the final result to a Digg for Pinterest users.

“I kept thinking of how much content I’ve submitted to Digg over the years, and I truly believe Pinterest users need somewhere similar to do the same thing, but with their pins and repins,” said Ledendecker.

Not many have discovered the site yet; since it launched a week ago, only a dozen users have logged on. Ledendecker has just launched the first of several planned weekly and monthly giveaways for users, this time for a Honey Badger t-shirt.

Overall, Ledendecker is happy with his decision to create the change he wanted to see on Pinterest, rather than contact the site’s developers and petition them to add features. Just like TwitPic and Twopcharts have aided Twitter, he argued, Pinfaves will improve Pinterest.

“Like when any big site launches—Twitter, for example—third-party applications and websites play a huge role in website growth,” he said. “And I think Twitter appreciates the efforts that the big third-party sites put forth to grow the userbase and give users the tools that they needed and requested.”

Will PinFaves get liked by Pinterest users—and Pinterest itself? The votes will have to come in over time.