Who knew there was such fine science behind the best way to stream Netflix.

Believe it or not, there’s a mathematically correct way to stream Orange is The New Black from the toilet in the far back corner bathroom of your house. No, it isn’t about your posture or your viewing angle, but rather your wireless router placement.

Leave it up to physics PhD student Jason Cole, who was “concerned with optimising the Wi-Fi reception in [his] flat,” to tackle the issue with mathematical precision. Cole began the process by mapping his apartment floorplan, assigning refraction values to the walls, and then applying the very fancy-sounding Helmholtz equations to model the electromagnetic waves the router emits.

For those interested in the extremely dense mathematics of the whole process, Cole outlines them in great detail, making you realize how little you really paid attention during math class. However, you hardly need a PhD in physics to realize that the best position for an optimized Wi-Fi signal through the rest of the house is the center of the home, as he modeled below. 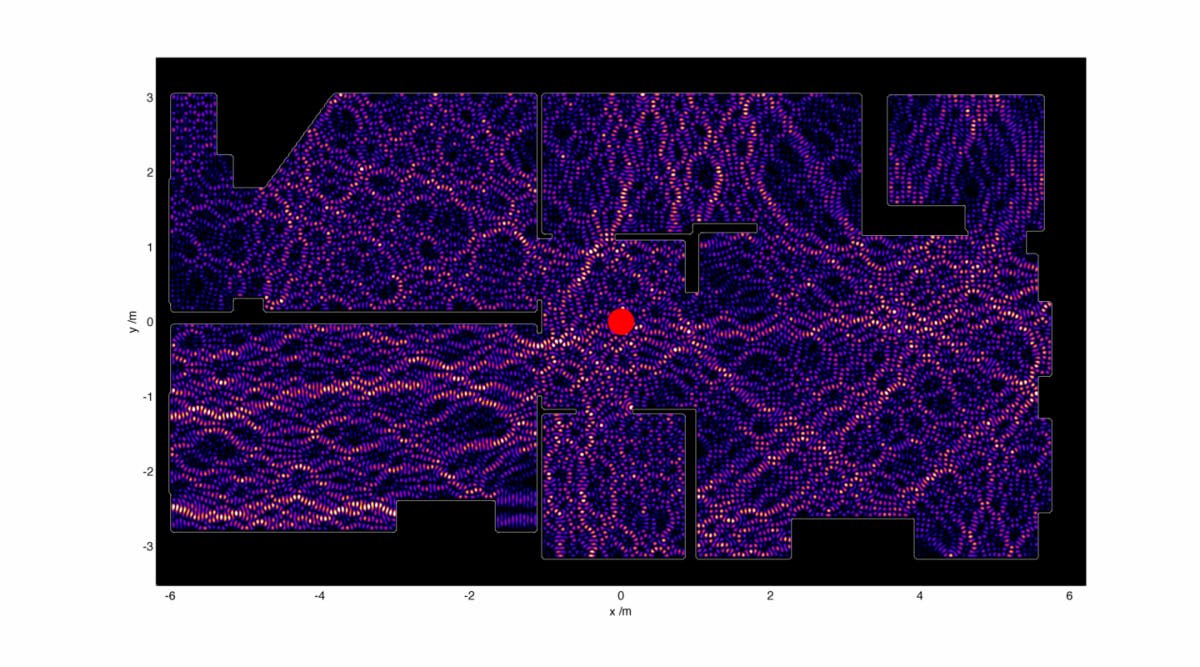 Yet, as Cole remarked in his blog, it’s not always a feasible—let alone aesthetically pleasing—option for router placement. Instead, he modified his model to account for the absorption in wall materials such as concrete and stopped perfect reflections from forming standing waves, resulting in an outcome that more precisely mirrors Wi-Fi signals.

Ultimately, the conclusion is that the further away from your router you are the more you’ll have to jockey for tendrils of signal, as in the model above. Cole, at the request of his readers, was generous enough to compile his math into an app for Android that allows readers to map their Wi-Fi signals as he has done for his own apartment.