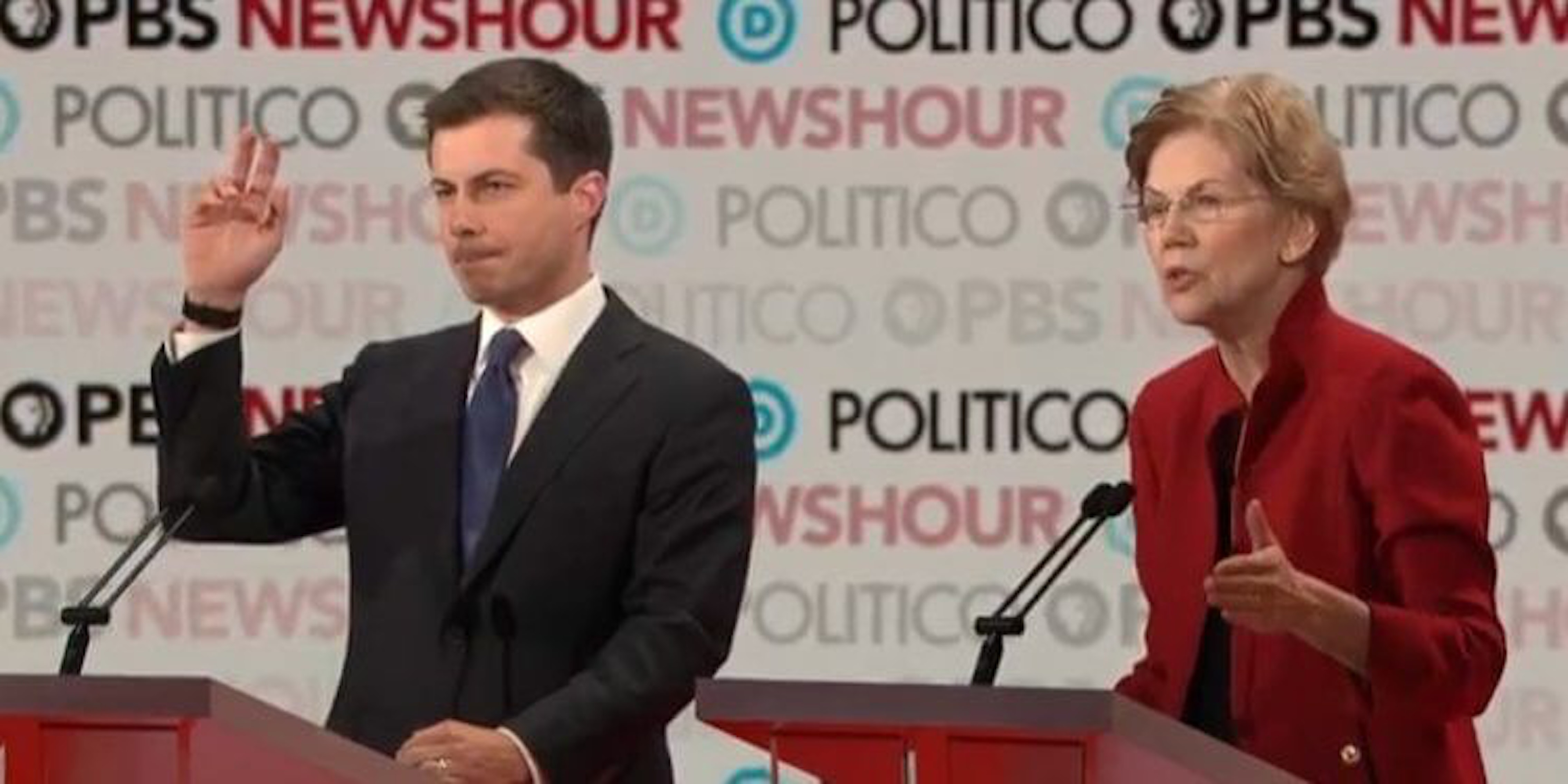 The gloves typically come off at a certain point in a presidential race.

In the Democratic presidential debate tonight, perhaps it would be more apropos to say that the gloves came on, specifically on the attendees of South Bend, Indiana Mayor Pete Buttigieg’s swanky wine cave fundraiser last weekend.

Criticizing opponents’ relationship with elites is standard fare for Democratic campaigns. Sen. Elizabeth Warren (D-Mass.) got a good one on Buttigieg when she cracked, “Billionaires in wine caves should not pick the next president of the United States.”

On Sunday, Buttigieg was the man of the hour at an exclusive fundraiser at the Hall Rutherford wine caves in Napa Valley. Hosted by billionaire owner Craig and Kathryn Hall, the Associated Press reports the event featured “a chandelier with 1,500 Swarovski crystals, an onyx banquet table to reflect its luminescence, and bottles of cabernet sauvignon that sell for as much as $900.”

Sen. Amy Klobuchar (D-Minn.) got in on the fun, “I have never even been to a wine cave,” Klobuchar said. “I’ve been to a wind cave in South Dakota, which I suggest you go to.”

And Sen. Bernie Sanders (I-Vt.) joked that Buttigieg and Joe Biden were in a battle over who would be funded by the most billionaires.

On Twitter, Warren’s wine cave joke quickly became the stuff memes are made of and #WineCave started trending.

I keep my vodka in the freezer. Does that count? #winecave

Everyone is invited to my #WineCave party after the #DemDebate pic.twitter.com/g8C7GB93KE

.@PeteButtigieg says billionaires shouldn’t get free college for their kids because he knows they have plenty of money. It’s true, they have so much they can finance his entire campaign from a #WineCave. #DemocraticDebate

Here are some photos of the Buttigieg fundraiser in Napa — with the famous wine cave and the chandelier with 1,500 Swarovski crystals — that @BrianSlodysko wrote about.https://t.co/0sprQ3aDsy pic.twitter.com/3waO6jO93L

I want to get in that #winecave. Too bad all I can afford is wine that comes with a straw. #WineCavePete pic.twitter.com/NMoAQn8WlW

When they run out of rose' in the #winecave pic.twitter.com/xz60d4UjDr

Buttigieg’s campaign has raised $50 million thus far. Money may not grow on trees, but it flows in wine caves.