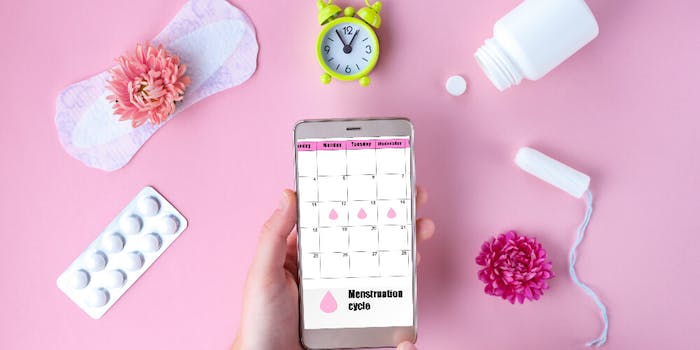 The personal data of millions of women have been shared with Facebook via period tracking apps, a Privacy International report has found.

These apps collect information such as when a user starts or stops their period, moods, cravings, sex life, and other sensitive information. Buzzfeed News suggests this may have been sent to Facebook and used to market targeted ads–which violates Facebook’s terms of service–as the social media network’s Software Development Kit (SDK) was used to incorporate features and ads within the app.

Two of the apps in question, Maya and MIA Fem, have garnered particular attention. Maya has over 5 million downloads in the Google Play and App Store combined, while MIA Fem–which has 2 million users–has reportedly pressured Buzzfeed News to refrain from mentioning it in its coverage.

The data regarding the Maya users’ sexual health was sent to Facebook without obtaining consent from the users, according to Elle. MIA Fem, however, obtains consent but is misleading about which data it collects. Developers of MIA Fem claim that the app has filters which keep Social Security Numbers and similar data from being sent.

This is just the latest in a slew of data breaches over the last five years but is almost entirely different from any other. This is a feature of these apps’ designs, not a flaw that was exploited by a separate party–such as the 2015 Experian hack and 2017 Equifax hack.

By tracking and reporting data to Facebook concerning users’ mood, cycle, and sex life, advertisers are able to target specific advertisements–such as emotional ads–at specific times of the month. This pushes beyond having access to a shopping list, a former Maya user told Buzzfeed.

“It’s some very intimate details that could get leaked if they’re given that information out,” 22-year-old Mumbai resident Chandana Hiran told Buzzfeed. “I wouldn’t want anybody to have that information.”

Facebook told Buzzfeed News that the apps identified by the Privacy International have been reached out to in order to discuss any possible violations of the SDK privacy policy. It remains unclear what Maya and MIA Fem will do with the data they have gathered up to this point. It also remains unclear if Facebook was the only entity they shared the data with.