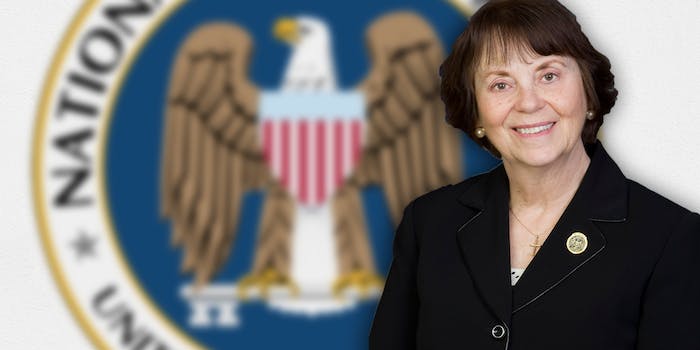 The Pennsylvania small government movement dedicated to stopping the National Security Agency from keeping tabs on Americans just got a little bigger.

The Pennsylvania General Assembly—the equivalent of the state’s House of Representatives—passed a resolution calling out NSA spying Wednesday. And it started with a single concerned citizen.

As simply a resolution, the words are non-binding. And its main call to action, that the U.S. Congress create a committee to monitor the NSA’s Internet surveillance and phone metadata collection, is already happening, at least in the sense that President Obama has commissioned a controversial, criticized group to audit the agency’s alleged privacy violations.

It is, however, a sign of just how far grassroots privacy activism can reach. This summer, after former NSA contractor Edward Snowden leaked proof that the agency stores the records of practically all American phone calls and has a near-limitless capability to surveille the Internet, Matthew Mahoney, a Marine, got involved. At least three boroughs and townships in his adopted Lebanon County, Penn., passed his resolution condemning the NSA’s practices as violating the Fourth Amendment right to privacy.

Mahoney’s efforts included emailing his screed to his state representative, RoseMarie Swanger (R-North Lebanon), in July. Swanger indicated her enthusiasm for his sentiment in an email, and released a draft version of her own similar resolution in August. She was one of 22 sponsors to formally introduce a resolution into the House.

The new resolution’s language was toned down. “[T]he House of Representatives condemns the actions of the Federal Government and the National Security Agency in engaging in illegal domestic surveillance in violation of the rights of the citizens of this Commonwealth,” was struck from the document, replaced with the demand for an oversight committee.

“I guess that’s political temperament compared to public outrage,” Mahoney remarked to the Daily Dot. But that apparently worked.

It took a month before a vote, but still passed with an overwhelming majority—194-2.