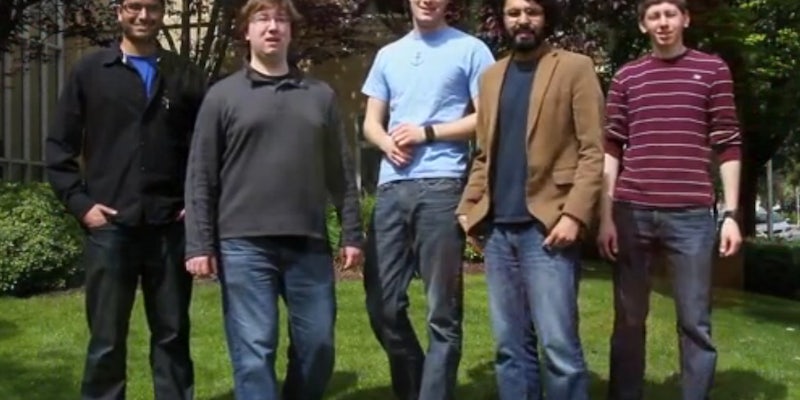 Watching Kickstarter History being made

Pebble has apparently created the dream watch for geeks.

Pebble, a wristwatch that syncs with iPhone and Android phones, continued its takeover of the record books, announcing today that it had become the most funded Kickstarter project in the crowd-funding site’s four year history—a mark it reached after only five days.

Pebble Technology’s Rahul Bhagat made the announcement on the project’s updates page.

“The Pebble team and I really appreciate your commitment and backing,” Bhagat wrote to the project’s 25,788 backers. “It’s been an incredible couple of days and we’re amazed at how many people share our vision. We’re working extremely hard to produce the best Pebble we can.”

Pebble has been praised for its innovative design and reasonable cost. For $115, backers get a watch that basically acts as an extension to their iPhone or Android. It tells time (even when not synced to a smartphone) and also functions as a music player, pedometer, calendar, Twitter feed, and much more.

Clearly watches have to do more these days than tell time, and Pebble seems to fulfill a lot of geeky dreams.

Upon its going live onto Kickstarter, sites like The Verge hailed the phone as “one of the best balances between functionality and power drain to date.”

The Palo Alto, Calif., company’s success will likely result in a few additional features for the watch’s development. Bhagat was quick to ask that backers continue piling on recommendations and suggesting tweaks. Many have asked that Pebble be built with a second headphone jack, while others have championed a need for Pebble to arrive water resistant.

“I’m loving the waterproofing addition, but as others have said: if you just make the product we all backed then we’ll be happy,” said backer Wade Meredith. “I can’t wait to get my hands on this; nice job guys. This kickstart is well-deserved.”

While a remarkable achievement, Pebble’s crowd-funding success shouldn’t come as too much of a surprise for those who’ve been following the campaign’s progression. The project was the fastest ever to raise $1 million on Kickstarter, and quite recently became one of only two projects—along with Tim Shafer’s Double Fine Adventure role-playing game—to cross the $3 million threshold.

Pebble still has a full month left in its funding cycle. Considering how well the project has done in its first week, Bhagat and his partners could end up blowing the doors right off the Kickstarter record books.