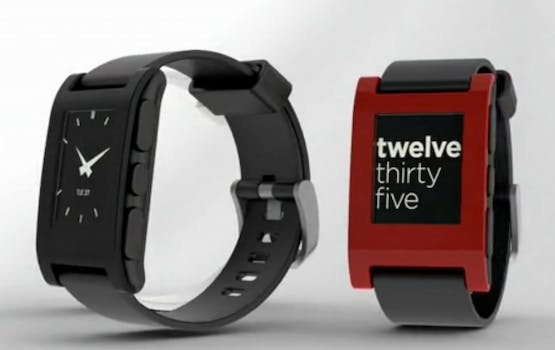 Despite Kickstarter's guidelines to the contrary, Pebble has successfully launched an entire business on the crowdfunding site.

$10 million and 85,000 watches later, Pebble looks set to close out its Kickstarter tab.

The California-based team has just a little more than a day left in its historically successful campaign, but the scene on site has grown somewhat solitary. The only backers left—and there have been many, an excess of 68,000—are the ones looking to score information on the next batch of watches.

A $1 pledge now earns backers a spot on Pebble’s email list, one with “exclusive updates” and details about Pebble availability. (You can also sign up for updates by registering here.)

Those should start to roll out as soon as the campaign ends, though Pebble founder Eric Migicovsky and his team have also promised to continue posting to the campaign’s Update page with any pertinent announcements regarding development and distribution.

Pebble’s rapid ascent into the crowdfunding history books has been impressive and well documented. The project was the third campaign to raise $1 million and became the most-funded project in Kickstarter history on April 17. But funding continued to come in, and the campaign now sits roughly $200,000 over $10 million, with the number continuing to rise every minute. (Despite the $1 donation limit, funding still escalated $46 in the time it took to write this article.)

In that time, the watch has inspired micro-apps and increased its bluetooth functionality, signs that point to an illustrious future ahead for the growing company.

That it’s a company built for future success is perhaps what makes the Pebble campaign so noteworthy. It bucked the trend of Kickstarter projects being “projects only,” a stipulation made at the top of the site’s project guidelines page.

Kickstarter defines projects as something with “a clear goal, like making an album, a book, or a work of art. A project will eventually be completed, and something will be produced by it. A project is not open-ended. Starting a business, for example, does not qualify as a project.”

$10 million and 85,000 watches later, and with more on the way, Kickstarter has funded a business, whether the company likes it or not.