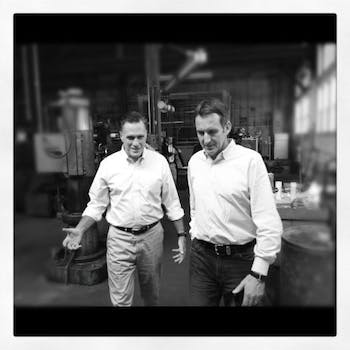 With August just around the corner, talk of Mitt Romney’s vice presidential pick is on the rise. This week, various news outlets reported that the former Massachusetts governor had the list of potential running mates down to three—Louisiana Gov. Bobby Jindal, Ohio Sen. Rob Portman, and former Minnesota Governor and 2012 hopeful Tim Pawlenty.

Of course, while pundits are asking who would be the best pick to lead or help win in November, we’re asking what hints can social media provide of who could be the nation’s next number two.

Interestingly, it could be a blank website that provides the greatest hint as to who Romney will pick. Pawlenty has been seen as “dull” to some, but his blue collar background could help connect with voters. Pawlenty hit the campaign trail hard in 2011, making huge pushes on his website and on social media, a digital legacy that apparently remained intact until recently.

Visitors to www.timpawlenty.com this week only found a white screen with the message “Please come back later.” Maybe Pawlenty is relaunching his website? Or maybe the Romney camp has taken over and is rebranding it? It’s the same sight over on Pawlenty’s social media properties. On Facebook, Pawlenty hasn’t been active since early May and on Twitter, the former governor hasn’t said anything since July 6. Of course, it’s important to note that Pawlenty has gone through occasional social media droughts.

If Romney were looking to pick his VP based on Facebook “likes,” he’d be smart to go with Jindal, who is leaving the other two men in the dust. Jindal was sporting a solid 154,000 “likes,” while Pawlenty, even with his White House run last year, has only netted about 100,000 fans. Portman is in even worse shape with just 28,000 “likes.”

But if the 2008 election proved anything, name recognition isn’t a requirement these days—who knew Sarah Palin before August of that year? Not many people outside Alaska. But it’s unlikely Romney will pick such a surprise running mate, which means whomever he taps will already have a social media presence (Palin’s was created just hours before McCain announced her as his pick). This time, it’s likely we’ll get to see how a campaign goes about rebranding its vice presidential candidate’s online properties—and in the case of Pawlenty, that may already be happening.