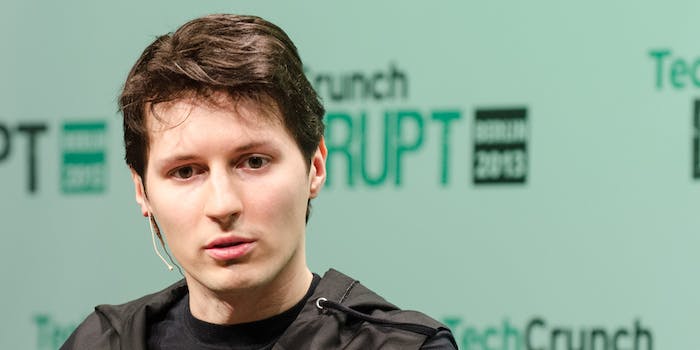 "Most likely, in the Russian context, something like this was inevitable from the start," he said.

After a months of hiccups, the head of Russia’s largest social network says he was fired for his opposition to President Vladimir Putin‘s administration.

In a statement published to his wall Monday, Vkontakte (VK) founder Pavel Durov wrote that shareholders “fired me from my post as general director” of the company.

Though he’s often compared to Facebook cofounder and CEO Mark Zuckerberg, given the similarities of their sites, Durov is far more outspoken and flamboyant than his American counterpart. For example, on April 1, he posted his resignation letter on his VK wall, then, oddly, claimed it had been half a joke and half a test to see how shareholders would respond. (They were ready to accept, as it happens.)

Then, on Wednesday, he wrote on his wall that he had since sold all his remaining VK shares, a move of protest against the Russian government’s requests to spy on the accounts of Ukrainian rebels in December.

It would appear that was the last straw. In his post, translated by Global Voices’ Kevin Rothrock, Durov wrote that his firing was “a result of my refusal last week [to cooperate with the Kremlin].” He added:

Most likely, in the Russian context, something like this was inevitable from the start, but I’m glad that we lasted seven and a half years. We accomplished a lot. And some of what we managed is already impossible to undo.

According to Durov, VK’s board of directors fired him because the letter withdrawing his April 1 resignation letter “appears to have been formatted ‘not entirely according to the rules.’”

Durov has since left the country. “Unfortunately, the country is incompatible with Internet business at the moment,” he told Techcrunch Tuesday.