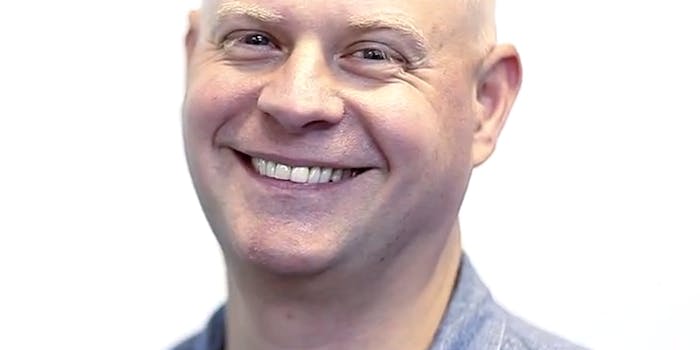 Paul Cunningham and the forgotten art of leather baseballs

For the love of the game and leather, Paul Cunningham pays homage to the lemon-peel stitch pattern of classic baseballs.

But in all your days around the diamonds, have you ever heard of somebody calling one a lemon ball?

“That’s what they used to call the original style of baseball,” Paul Cunningham, who sells homemade baseballs on Etsy under the guise of LemonBall, told the Daily Dot. “The stitching pattern on the first baseballs made it so that the ball sort of resembled a lemon. At the time, those things were little more than just a bunch of homemade toys.”

Cunningham should know. The Glen Rock, N.J., resident has spent the alarming majority of his adult life surrounded by baseballs and the gloves that catch them.

He grew up in Cooperstown, N.Y., home of the National Baseball Hall of Fame—basically the sport’s holy land. He’s been a researcher at the Hall and worked for the big leagues directly, serving as the photo editor at Major League Baseball’s front office for more than a decade. When he left, he went to work on gloves, taking a job as a senior craftsman at a small baseball glove importer near New York City.

He thought the job would keep him occupied late into his life, but it ended up short-lived. It only took him four months to learn that he and the company were “a very bad fit.” Cunningham quit the job and started on his own, not entirely sure what he’d do but confident that he wanted it to deal with leather.

Experimenting in his workshop back home, Cunningham set out to make a baseball—one that harked back to the 19th century days when amateur manufacturers used horsehide and the stitches were applied by hand. If you ask him, it’s what separates his LemonBall from the other homemade balls on the market: Cunningham’s actually look homemade. They’re imperfect, and that’s the way he likes them. 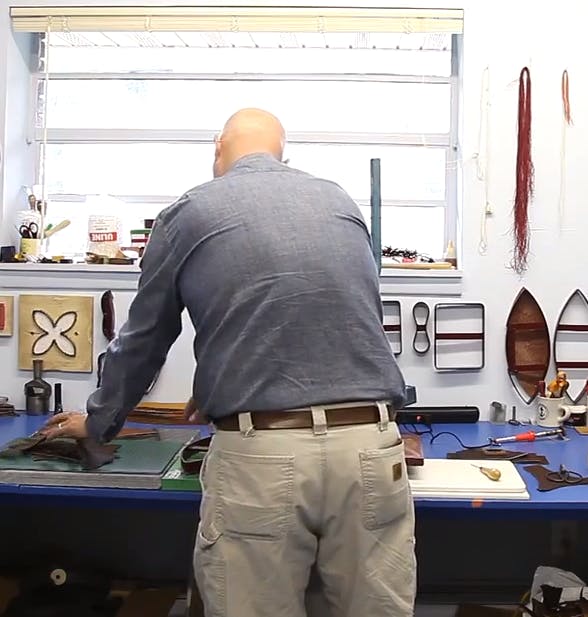 “That’s the kind of stuff that I get a kick out of,” he said.

“You’ve got all these baseball creators that are very meticulous about historical authenticity. If you look at the way that the baseball has evolved, there was a period where they were trying to standardize it, but there were half a dozen sizes and weights in play. These days recreators of the sport will say that they want to play 1860 rules with an 1860 ball… There’s no romanticism in that.”

Cunningham started selling his LemonBall on Etsy in late November 2007, putting balls on the market for $35 a pill. Sales were solid, he said, but they were also stagnant. He needed to diversify. A few months later, he started rolling out the complete collection you’ll see on site today: footballs, medicine balls, and rugby balls. (Cunningham also makes a wallet that he’ll craft from leftover scraps.)

The changes helped Cunningham evolve from a one-man shop that builds balls on an as-requested basis to a full-blown company with employees, outsourced work, and an online shop.

“I look at sports balls the same way that I look at sculptures,” he said. ” I look at them and think, ‘How can I cover this shape? How can I recreate this shape with leather?’

“It’s literally like reinventing the wheel. You sketch patterns and make tweaks and changes.”

There’s also the material, which Cummingham maintains is his favorite part of the job. He said the leathers he uses are readily available and come “in such a wide palette of colors and styles,” an advantage that allows him to continually produce the balls as stylized, individualized products.

“The ball I create makes no attempt to maintain any tradition,” he said. “It just pays homage to the lemon-peel stitch pattern.

“The size and the weight isn’t what it’s about for me, so if that ends up varying, I don’t mind. For me, it’s about the leather. It’s about putting together this historic, vintage style using really nice leather. In a way, I’m using the ball to showcase the leather.”