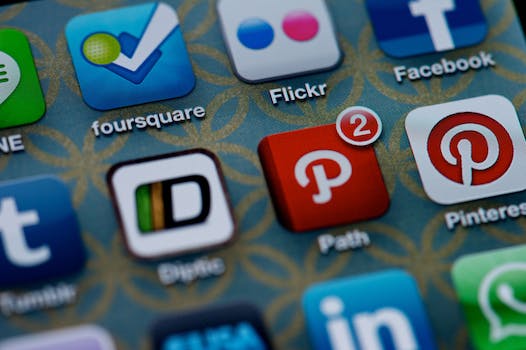 The antisocial network: Path texts my entire phonebook at 6am

Last night I went to bed blissfully unaware of the catastrophic faux pas I'd made earlier in the day—I had signed up for Path.

Last night I went to bed blissfully unaware of the catastrophic faux pas I’d made earlier in the day—I had signed up for Path, the social network/private messaging service.

For anybody who hasn’t used it before, Path was launched in 2010 and allows users to share photos and messages with a “high-quality” network built up of only their closest family and friends. It is this limited network aspect of it which co-founder and CEO Dave Morin believes differentiates it from Facebook and Twitter.

Path reached the 10 million user mark yesterday, enough to cause a significant dent in Facebook’s market share according to the Guardian. To celebrate I thought I would share my path; or rather, what happened when I signed up for the service.

When I rolled out of bed this morning the first I knew about what had happened was when my dad told me he’d received two text messages (one on his mobile, one on his work phone—neither of which are smartphones) about some pictures I wanted to share with him. While telling him that I’m not exactly sure what he was talking about my house phone rang—my mum uttered the usual exclamation of: “who could be ringing at this time?” as I answered.

It was my grandparents. The first thought that crossed my mind was that there must be some kind of emergency, because it isn’t generally socially acceptable to ring people at 6am if there isn’t one.

Not exactly an emergency—they wanted to know about the photos I apparently have to share with them (I  don’t have any photos to share with them), which must be important because they got a phone call about them on their house phone at 6am.

Try explaining to your grandparents down the line that they couldn’t download Path to their landline even if they wanted to (they don’t want to).

As soon as I put the phone down… it rang again. It was Path, explaining that I have some photos to share (I don’t have any photos, and if I did I would have already seen them).

I decided the best place to contact them would be Twitter (after all, who makes phone calls at 8am?!)—not knowing their handle (@path, FYI), I searched for them. The first thing I saw was a press release from the FTC back in January which explained that Path is known to improperly collect personal information from users’ mobile address books.

Having uninstalled the app yesterday when I decided it wasn’t for me, I’m going to go ahead and assume that Path took this data out of my phonebook sometime during the half hour I had it installed, so that press release sounds like it’s still pretty accurate a few months down the line.

I tweeted Path to enquire what had happened:

Set off for work—my aunt texted me while I drove to B3 Towers enquiring about the photos I apparently have to share with her (I don’t have any photos to share with her—I uninstalled Path yesterday before actually sharing anything). 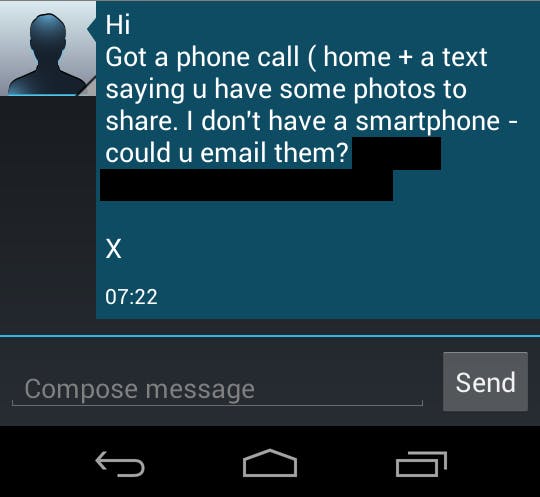 I sent an apologetic text message as I arrived in the Branded3 offices, and colleagues started to question me about photos I wanted to share with them (I don’t have any photos to share with them). At least these people have smartphones.

I checked Twitter to see if anyone else had experienced a similar problem with Path. Someone had replied to my tweet—the answer was yes! 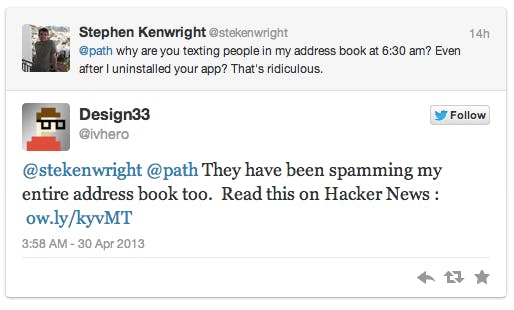 Path actually issued an apology in February 2012 as a direct result of the way it accessed and stored members phone contacts without their knowledge, and Mr. Path himself, aka Dave Morin, had published this apology admitting that they’d made a mistake and new users would now be asked upon downloading the app whether they wanted to opt in or out of sharing their phone contacts.

When I was asked about inviting people to Path as I installed the app I said no, and without entering much in the way of personal information Path decided to text my entire phone book for me the day AFTER I uninstalled it from my Android.

Design33 in Edinburgh had seen my tweet to Path, and presumably have sent a few apologetic text messages to people in their address book too.

No response from Path yet—the guys over there are probably still in bed. In the meantime Path has called two plumbers; an electrician; a dentist; my girlfriend’s grandparents and a local takeaway, letting them know I have photos that they should probably see (I don’t have photos for them).

If you’ve experienced something similar when using Path, let me know in the comments below and I’ll update this post when/if I hear back from the guys at Path.

Path very helpfully got in touch with me just now (11 hours after I first tweeted them about this). Sent them a message, and will update this post later on!

Path’s VP of Marketing Nate Johnson. along with Dani Metz and some guys from The Hatch Agency (who help Path out with their marketing efforts) called me around half an hour ago trying to get a better idea of what happened—the guys at Path didn’t seem to realise that UK landlines (and I’m assuming it’s the same in several other countries too) read out text messages that are sent to them, so I guess I should clarify that I’m not talking about Path getting Microsoft Sam to call my plumber personally, it’s just a text message that gets read out.

They also assured me that Path doesn’t collect data from my phone book, and they definitely don’t have the number for my local takeaway stored somewhere—they had meant to send the messages WITHIN the half hour I was a Path member.

Our product always checks that you’ve opted-in to share your contacts before it reaches out to those people, but we are investigating why there was a delay in doing so.

(I’m pretty sure I didn’t opt in… and I definitely don’t have pictures to share on Path.)

Stephen Kenwright works in digital marketing at Branded3, based in Leeds, U.K. He has been part of the award-winning search team for the past year after working in-house at businesses in Manchester and London. Follow @stekenwright on Twitter.