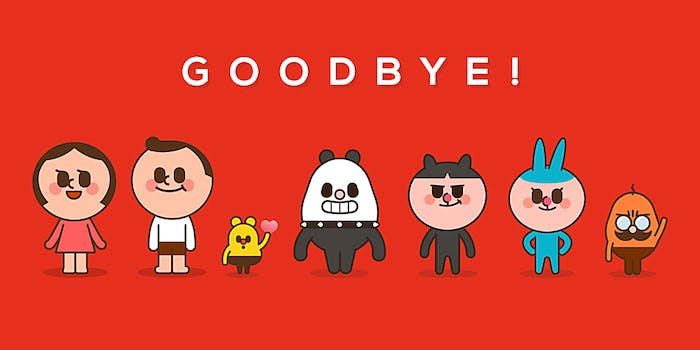 Wow, Path was still around?

There was a time when anyone who was anyone was on Path, the mobile social network. Back in 2011 and 2012, the Path app was a rising star alongside competitors such as Foursquare, Twitter, and Facebook. Just shy of eight years since its initial debut, Path will finally be closing up shop for good.

Path was founded in late 2010 as a more intimate social networking alternative—a place where you could share photos, check-in’s, status updates, and more with just your closet circles of friends. (In the app, each user was limited to only 50 friends.) The app grew to cult status in San Francisco and a few other markets, but never successfully saw mass adoption. In 2015, it was acquired by Korean messaging company Daum Kakao.

In a blog post shared late Sunday night, the company announced it would be removing itself from the App Store and Google Play October 1 before officially shutting down October 18.

If you ever used Path back in the day (or still do), you can download your data by visiting here and logging in. From there, tap the green button at the top of the app, and enter the email address you want your information delivered to. Alternatively, if you still use the app, make sure it’s the latest version then head to its Settings. From there, you can click the button and enter your email address.

According to TechCrunch, Path reached 15 million users in its heyday, and was once courted by Google with a $100 million acquisition offer.

Path pioneered several ideas that have now become familiar in other social networking apps such as Facebook. Path introduced post reactions three years before Facebook, for example, and its navigation and design elements also spawned copycats in the years after its release. It’s officially the end of an era.