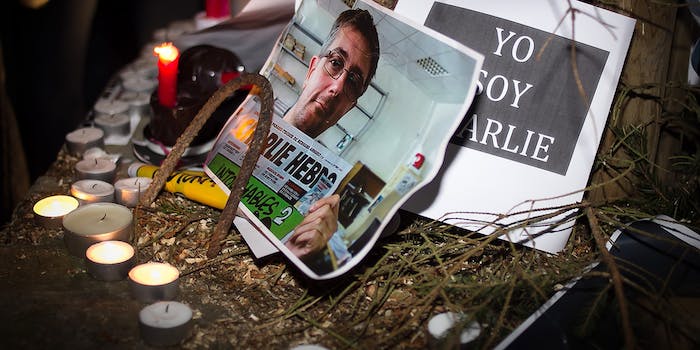 Three suspects in today’s deadly shooting in Paris have been identified, according to French police speaking to Reuters.

That includes two brothers aged 32 and 34, both born in Paris, and an 18-year-old from Reims in Northwest France. All three are French nationals.

One of the brothers had previously been tried on terrorism charges, Reuters reports.

After the attack, the shooters were seen fleeing in a car away from the scene. They have been chased ever since. French authorities have yet to confirm the arrests.

Twelve people were killed in the Wednesday morning attack on Charlie Hebdo, a satirical French magazine famous for its blistering criticism of all religion, but Islam and its prophet Muhammad in particular.