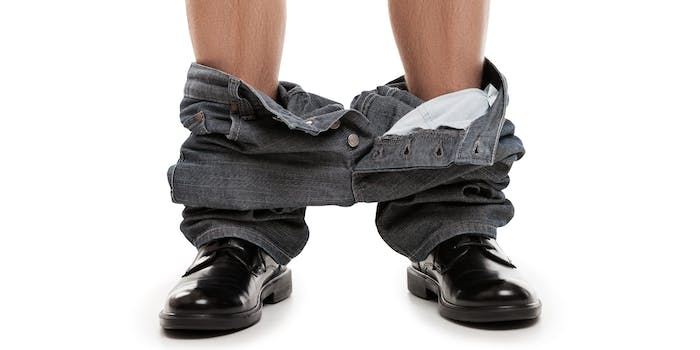 A popular tweet on Tuesday purported to show a man voting in the 2020 presidential election with his pants around his ankles. Although the image is in fact real, the claims surrounding it aren’t exactly true.

The tweet, which has racked up more than 10,000 shares so far, shows an individual in a voting booth partially unclothed as another man seemingly looks on in confusion.

The photo first appeared on Twitter in 2019 and was actually taken in Belgium.

The picture went viral all across Europe at the time and received widespread media coverage. The man in the photo, Niels Deleyn, explained his reasoning to the Dutch language newspaper Het Laatste Nieuws (HLN).

“If politicians are allowed to drop their pants for a vote, then can’t I do that too if I choose?” Deleyn said at the time.

Deleyn further explained he handed his phone to a former teacher of his who was likewise voting and asked him to take the picture.

“To challenge him and to set the mood, I lowered my pants once I was in the booth,” said Deleyn, according to an English translation. “An idea of ​​the moment. I hadn’t planned it.”

Although a New Hampshire woman voting in the state’s primary election in September voted topless after being told that she couldn’t wear a shirt critical of President Donald Trump, no reports thus far suggest that anyone has removed their pants on Election Day.