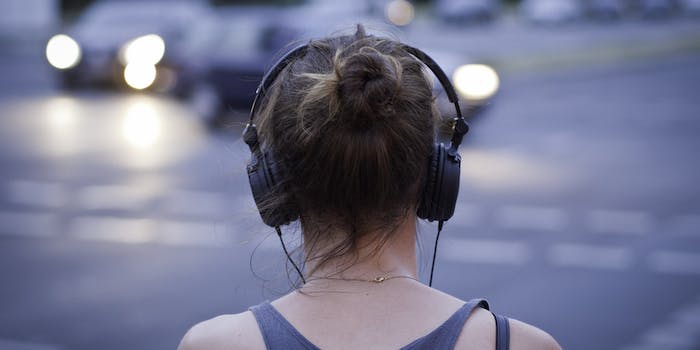 The catch? You can't respond.

In an effort to get listeners more engaged with Pandora, the company is launching a messaging service that will only broadcast one way. Artists will soon be able to send audio messages to their fans, Recode reported.

The company is testing Artist Audio Messaging with a handful of musicians, and it’s meant to be an additional venue for them to announce tours, say hi to listeners, and keep fans up-to-date with new releases.

Pandora is following many other apps integrating messaging into their products, but for the music-streaming service, the message recipients won’t be able to reply.

But is Pandora a platform for chatting with celebrities and artists? YouTube, Twitter, and Facebook already provide outlets with large audiences for celebrities to send all kinds of messages to fans, and sometimes, the artists talk back. And when they do, you have the ability to respond.

Music-streaming services adopting celebrity social features isn’t a new concept. When Apple launched Ping for iTunes in 2010, it was heralded as a way for people to stay up-to-date with both celebrities and other fans by having artists make their own playlists and leave messages for listeners. Ping was promptly shuttered in September 2012.

But Pandora needs something to differentiate itself from the other streaming services like Spotify and Apple-owned Beats, and fans generally flock to where the artists are. Artist Audio Messaging is still in a test phase, as Recode reports, but the company plans on expanding it, and other artist-friendly services, in hopes of moving beyond music streaming.