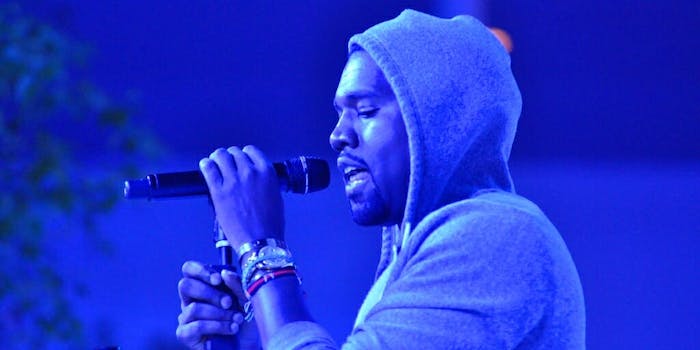 The Wikileaks' founder remains at the Ecuadorian Embassy in London.

Pamela Anderson has reached out to Kanye West to ask the rapper to help WikiLeaks founder Julian Assange, who remains isolated inside the Ecuadorian Embassy in London, where he has resided since 2012.

It appears to be the latest effort by Anderson to raise awareness of Assange’s situation since the Ecuadorian government abruptly cut off his internet and suspended his right to receive visitors on March 28.

“I was wondering about your thoughts on Julian Assange,” Anderson wrote in the letter, leaked on Thursday. “I support him and I know you value Free Speech. Visibility is good for him especially in America. Where they are trying to put him away for life or worse for exposing corruption in governments. I think they are trying to kill him. It is Torture.”

Anderson, who visited Assange several times and has been outspoken in her defense of him, goes on to tell West that she needs “more voices” to help “set him free.”

“I’ve always supported your ‘no filter’—you speak your mind,” she tells West. “And you make an impact. I’m sure a lot of people feel like you—they just are stuck in what society says is OK to say.”

Several celebrities and political figures, including the Baywatch star, have already joined in solidarity with Assange by signing an open letter. Other prominent internet activists and WikiLeaks supporters have rallied under the banner of a social media campaign called #ReconnectAssange.

It is unclear what exactly provoked Anderson to write to West and when the letter was written, but in recent weeks the rapper’s political musings on Twitter have earned him favor with conservatives. It is also unknown whether West has replied.

Assange fled to the embassy six years ago to avoid extradition to Sweden. The Wikileaks founder, at the time, faced an investigation related to allegations of sexual assault, which he always denied. Assange said that he feared the extradition was a ruse to that would result in a further extradition to the U.S., where a Justice Department investigation has been underway since 2010.

Although the Swedish investigation and extradition request has since been dropped, a British judge ruled in February that Assange would still face arrest by British authorities if he leaves the protection of the embassy because he breached his original bail conditions in fleeing there.