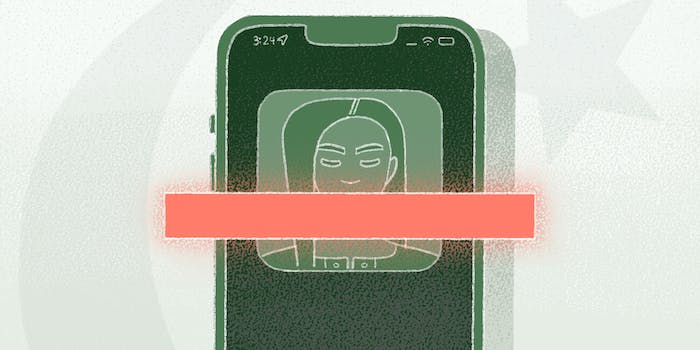 As social media censorship in Pakistan continues to rise, users fear what it means for internet freedom

When tech professional and gender justice advocate Faiza Yousuf heard about the latest social media rules passed in Pakistan, she was more than disappointed. Yousuf is the founder of Facebook community called Women in Tech PK and built up the group to its now 9,000 members. She created it as a way of helping women find opportunities in the technology sector without having to deal with the harassment and discrimination that comes with being a woman in tech.

But Pakistan has an unstable relationship with social media and digital freedoms, as its policies and boundaries constantly shift. And that tenuous position poses a risk to Yousuf and others like her who rely on social media platforms, the same way billions around the world do. In Pakistan, vulnerable communities are targets, control of platforms is weaponized, and the digital realm becomes much more dangerous.

On Oct. 13, the “Removal and Blocking of Unlawful Online Content (Procedure, Oversight and Safeguards) Rules 2021” were published, providing the Pakistan Telecommunication Authority with relatively unchecked powers to remove or block any content that goes against “the glory of Islam,” “Pakistan’s security,” “public order,” or “decency or morality,”

With increased censorship, which is being policed by these vague terms, marginalized groups fear finding safe spaces online. Worse so, these rules threaten the continued presence of social media platforms in Pakistan, which suggested that they might not want to operate under such conditions.

Communities like Women In Tech, which developed to help women operate safely online, could disappear entirely.

The new rules demand that social media platforms respond to Pakistani authorities within 48 hours and set up physical offices in the country. The crackdown on controlling free speech online has earned severe criticism from international media rights groups like Reporters Without Borders (RSF) and the Asia Internet Coalition (AIC). In June 2021, Asia Internet Coalition (AIC) Managing Director Jeff Paine said, “Despite repeated feedback from industry over several months, the draft rules still include a number of problematic provisions, such as data localization and local presence requirements that undermine the country’s digital growth and transformation agenda.”

The latest rules that came out in October still contain the same debated upon clauses.

When these rules were first introduced late last year, AIC—which represents Google, Facebook and Twitter— threatened to leave the country. Despite their calls for authorities to reconsider, the passing of these rules shows Pakistan prefers control of speech to tech investment.

While censorship in Pakistan isn’t new, this expansion of powers under the latest set of rules shifts the targets. Where previously the focus was on media workers, journalists, and prominent personalities, now anyone can come under the scrutiny from the Pakistani government. Digital rights activists fear that these strict rules will cause social media companies to limit access to Pakistani users, in lieu of fighting back.

With these new rules in Pakistan, it is voices from the most vulnerable groups in society that are at the greatest risk of being censored. Because many of them only find spaces online to express their opinion, they are at greater risk of being shut down. Religious minorities and gender minorities often have limited physical safe spaces to access and so they turn to online communities. It is these voices, which are not represented in the mainstream, who need social media to find safe spaces for themselves. They fear the rules are there simply to keep them under control, a government eye always watching.

Organizing online has played a big role in Pakistan’s activist spheres and campaigns like the Aurat March—which annually organizes one of the country’s biggest protests, and uses social media frequently to get people involved. Creating noise on apps like Facebook allows these activists to get their message out to the masses. Organizers behind campaigns like Aurat March focus on pushing for feminist reform and demanding safe housing, fair pay for care and domestic workers, and health facilities for women and marginalized genders.

But there are claims that the Aurat March and its campaigns are anti-Islamic, and anti-state, which means the organizers are now under greater threat—the new rules very well designed to silenced them.

“The censorship is going to be very biased in terms of suppressing the voices of marginalized communities and really give a lot of patronage to pro-state, ultra-nationalist, anti-women groups that will seek to suppress the voices of feminists and progressives. As we saw with the Aurat March campaign—the disinformation campaign against the Aurat March this year was hardly given any attention by the government,” says Zoya Rehman, an independent feminist researcher and consultant.

In the campaign, popular pro-government journalists and media personalities started sharing a doctored video that made it seem like protestors at the march were chanting slogans against the Prophet Muhammad and Islam, which led many to call the movement blasphemous.  Blasphemy is a contentious issue in Pakistan and has resulted more than once in mob violence against the accused. Following these campaigns, many of the organizers of the march had to turn off their public profiles and lay low due to lack of official protection.

Instead of focusing on policies that can protect those who rely on social media, these blanket bans will give space to those in power to abuse those fighting against status quo. While the actions that may lead to these consequences aren’t necessarily listed out in the new rules, the vague wording of the rules may allow those in power to twist them for their own gain. Journalist and content creator Alveena Jadoon points out that one way of mitigating that risk is to create and implement laws that have clearer boundaries. “I think if laws are loosely defined then there is great space for loopholes and laws can be used against individuals who just have a different opinion in comparison to the state,” Jadoon adds.

Much of the government’s reasoning around such laws revolves around protecting the ‘Glory of Islam” or anything that incites security threats towards the government. But as these rules are being put into action, the logic is becoming increasingly clear. The vague and widespread wording is being seen by digital rights activists both globally and locally as a way of cracking down on voices that express opinions different to the government.

“I cannot afford to start a print magazine or go on television. For someone like me who works in a specific realm of gender safety, this will be disastrous as this is the way we can achieve what we are trying to do,” says Yousuf.