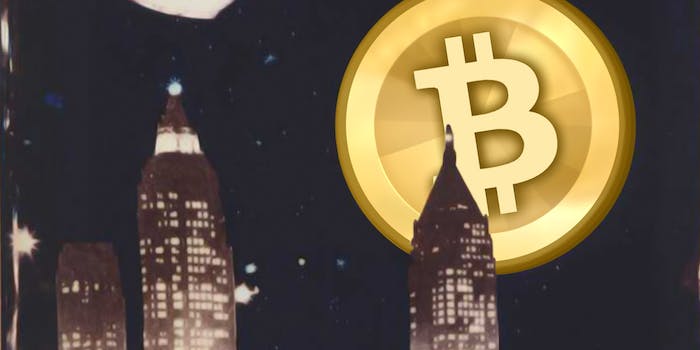 Overstock.com made $126,000 in its first day of Bitcoin sales

The first major online retailer to accept Bitcoin made 800 sales on day one.

Lest anyone get too swayed by the idea that Bitcoin is stagnant, something most users purchased as an investment and never meant to spend, Overstock.com started accepting the virtual currency as payment Thursday.

In the 24 hours since that announcement, it’s made a killing.

The site, the first major retailer to accept the cryptocurrency, has already seen 800 purchases with it. That’s a whopping $126,000 in revenue, a company representative told the Daily Dot.

Even more remarkable, the purchases were made solely by U.S. customers, as the Bitcoin option isn’t available elsewhere yet—and despite the jokes, that figure doesn’t include Fleshlight sales. (The company doesn’t sell the popular sex toy.)

Thursday’s announcement came as somewhat of a surprise. As CEO Patrick Byrne told Wired, “I didn’t want someone else to beat us.”

To be fair, Overstock isn’t risking its business model or acquiring fortunes in the currency. It’s using the intermediary Coinbase, which converts the transactions from Bitcoin to dollars.

Still, if you’ve ever wanted to buy a nice mattress while only spending .43 of something, now you finally can.