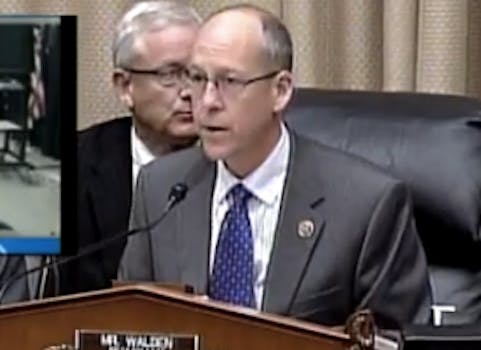 New Internet freedom bill takes a stand against the U.N.

Is there something in the water in Oregon that makes the state love Internet freedom?

Is there something in the water in Oregon that makes the state love Internet freedom?

Rep. Greg Walden (R-Ore.), chair of the House subcommittee on Communications and Technology, has proposed a bill that the U.S. formally adopt a pro–Internet freedom stance.

“Given the importance of the Internet to the global economy, it is essential that the Internet remain stable, secure, and free from government control,” reads Walden’s bill, which was introduced to the House Tuesday evening.

Oregonians seem overrepresented in D.C. when it comes to fighting for the Internet. Ron Wyden (D-Ore.) whom the Daily Dot named as one of the world’s ten most influential Internet rights activists, remains the only senator to sign the Declaration of Internet Freedom. And Jeff Merkey (D-Ore.) was one of the few members of the Senate who fought, unsuccessfully, to make public the secret court interpretations that allows the government to spy on Americans’ emails without a warrant.

However, a closer look the language in Walden’s bill shows that he has rather specific intentions with it: To further shore up the U.S.’s stance that the U.N., specifically its International Telecommunications Union (ITU), shouldn’t have a say in governing the Internet:

“Proposals have been, and will likely continue to be, put forward at international regulatory bodies that would fundamentally alter the governance and operation of the Internet. […] The proposals would diminish the freedom of expression on the Internet in favor of government control over content. The position of the United States Government has been and is to advocate for the flow of information free from government control.”

In that light, the bill is hardly revolutionary. You’d be hard-pressed to find an American politician who doesn’t hold such a stance, considering the Democratic and Republican parties have adopted similar language in their official platforms, and that the House, Senate, and President Obama have all made unanimous statements to that effect.

After substantial protests from Internet companies, Anonymous, and many western countries, the ITU discussed giving itself increased regulatory powers at a conference in Dubai in December. The results of that meeting were inconclusive. Countries that pushed for increased regulation, like Russia and Saudi Arabia, agreed to adopt it; countries that strongly opposed it, like the U.S. and Sweden, said no.

“By refusing to sign a treaty [the ITU] that would curtail Internet freedom, we stood up to those nations that would shackle the Internet for their own purposes,” Walden wrote in a Washington Examiner editorial Monday. “We should now commit this resolve to law and affirm the United States unambiguous commitment to a global Internet free from government regulation.”