The official release marks the first time vendors will be able to use real money on transactions.

What started two years ago as a free and “dark” online market meant to be “untouchable” by police has evolved into one of Bitcoin‘s most highly-anticipated and well-funded projects of all time.

OpenBazaar’s debut follows two years of development and beta testing that has produced something markedly different than what began as an effort to build the heir to the famous Dark Net market Silk Road.

Instead, what’s launched—a year late—is a slick piece of software with a focus on competing with the likes of Internet commerce giants like eBay, Amazon, and Alibaba.

The developers behind OpenBazaar are aiming to build a decentralized marketplace that will be mentioned alongside the Web’s biggest retailers. The official release marks the first time vendors will be able to use real money on transactions, marking the virtual ribbon-cutting that opens the project to the world.

“What’s happened since the Internet has become a dominant way for commerce to be done is that we’ve seen centralized institutions come in and exert their influence through fees and restrictions on what can be traded,” Sam Patterson, OpenBazaar’s operations lead, told the Daily Dot. “OpenBazaar is a way to return to trading with people directly.” 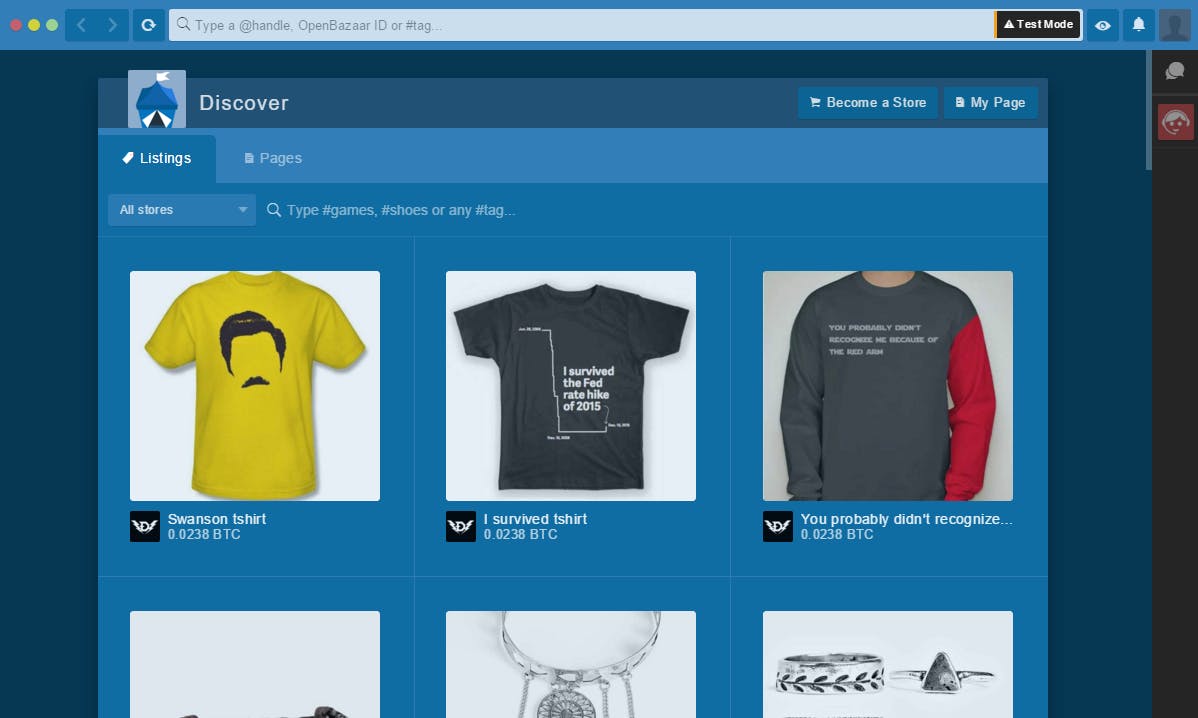 What OpenBazaar offers that neither Amazon nor Alibaba do is, the project’s proponents promise, the “next generation of uncensored trade.”

You can buy or sell anonymously on the decentralized network with no single gatekeeper running the show or monetizing the trades. There’s no one entity to be targeted by law enforcement in countries like the U.S. or China because the network is run by dozens of independent nodes around the world.

Security has always been a crucial feature of the project. Encrypted chat and traffic is a central tenant of the software’s anonymity, possibly through the Invisible Internet Project or Tor, remains high on the priority list to be added in the near future.

Hundreds of prospective vendors have already contacted the project’s developers, Patterson said. Because of the current capabilities and limitations of OpenBazaar software, Patterson expects digital goods to take off more immediately than physical goods in the new marketplace. As improvements are made to features involving things like inventory control, a wider spectrum of businesses might consider the OpenBazaar option.

“All you have to do is send someone a link and password,” Patterson said, “and you get paid in Bitcoin.”