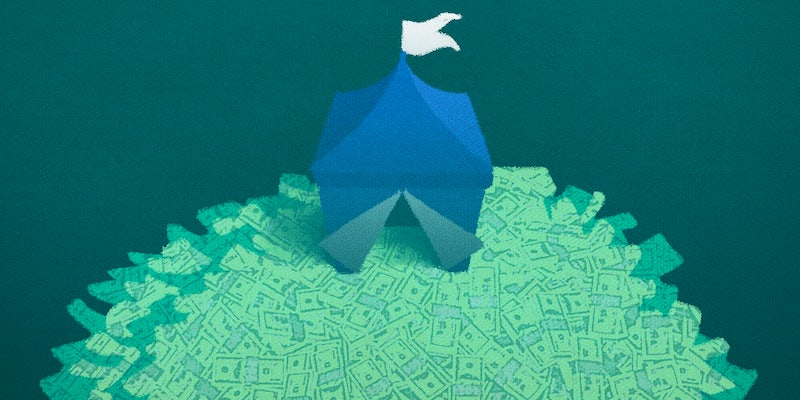 OpenBazaar, a ‘censorship-resistent’ online marketplace, gets $1 million in funding

Is this the next stage of online sales?

The “next generation of uncensored trade”—born of an effort to build the next Silk Road—just made its first million bucks.

OpenBazaar, designed to be an “untouchable” and decentralized marketplace, just announced a $1 million round of seed funding from venture capital firms Union Square Ventures and Andreessen Horowitz, as well as angel investor William Mougayar. That’s a heavyweight team of investors for a project that has been counted among the most subversive on the Net.

OpenBazaar is a new way to buy and sell things online. Instead of going to a site like Amazon.com, OpenBazaar users enter a decentralized network, not controlled by any one company or organization. 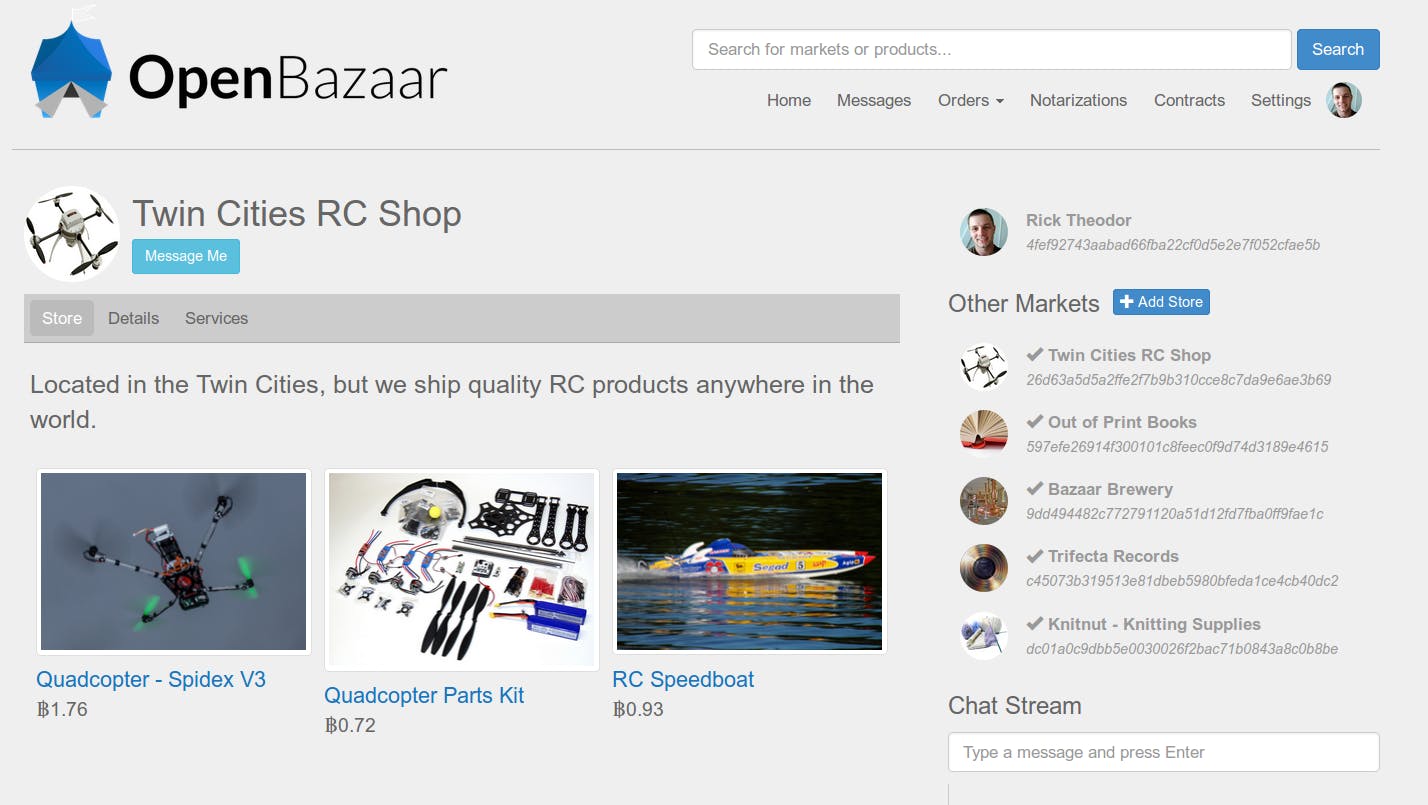 On OpenBazaar, no big corporation watches and monetizes each sale, no one can easily censor what you’re selling, and everyone will be on an equal playing field. At least, that’s what the developers hope they’ll build with this investment. Right now, the software is still in beta.

The $1 million investment goes specifically to OB1, the newly formed company headed by CEO Brian Hoffman, previously a cybersecurity and IT consultant at Booz Allen Hamilton, who has headed OpenBazaar development from the beginning.

OB1’s top priority is to provide core developer support to OpenBazaar, Hoffman explained to the Daily Dot, so they’ve hired a team of six full-time employees, including Hoffman, with the newfound cash. They’re looking for more developers to get involved too. 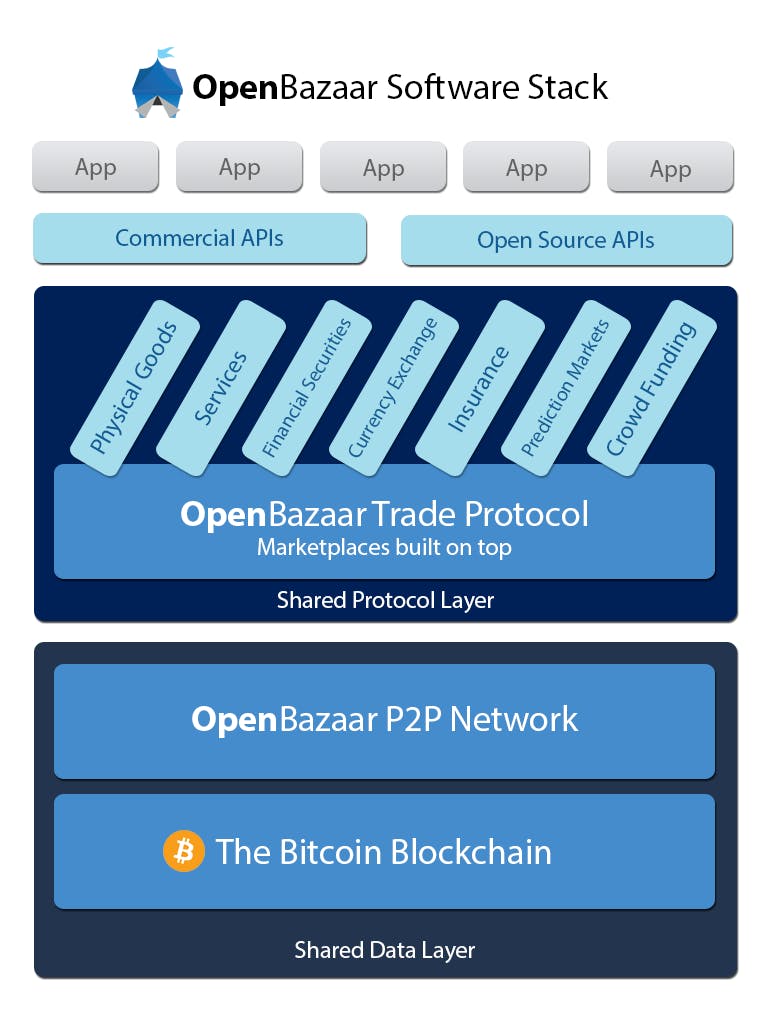 On OpenBazaar, everyone can host their own store and connect to a larger ecosystem. They’ll have control unparalleled in big stores, from which they can sell, buy, auction, lend, crowdfund, arbitrate, and even build new ways to do business.

“OpenBazaar is like the lovechild of eBay and BitTorrent,” Brad Burnham, a partner at Union Square Ventures, told the Daily Dot.

Unlike eBay or Amazon, however, OpenBazaar takes no cut of the sales and has no “hard and fast path toward profitization,” Hoffman said. Instead, taking the money was about going full time on the project and hiring more engineers. A clear business model will come later.

There’s precedent for OpenBazaar’s subversive, decentralized model. In 2014, British hacker and activist Amir Taaki led a team in creating DarkMarket, software designed to create a decentralized successor to the Silk Road black market that was “untouchable” by police: No matter how many individuals are arrested for selling dope and getting caught, the network itself could live on because it had no central point of failure.

After the 2013 shut down of Silk Road, that was an extremely appealing idea to many users. Two years later, the promise of the decentralized DarkMarket hangs tantalizingly close, yet out of reach for those that believe selling drugs online reduces the harm and violence innate in the street trade.

OpenBazaar grew out of the open source DarkMarket code when Taaki made clear that he had no intention of continuing work on it.

Dropping the provocative “dark” moniker and adding a more positive “open” to the name, OpenBazaar’s developers forked away from the original code and focused on the broader promise of free and uncensored trade while distancing themselves from the project’s roots in Dark Net markets and the ideologies that birthed them.

Even so, there’s no denying that some of the big ideas that launched Silk Road four years ago are now being embraced and lifted up with these million dollars.

The investors and developers, however, are quick to point away from Silk Road and towards the bigger goals: Competition with eCommerce behemoths like Amazon and Alibaba.

Mougayar didn’t even want to say the words “Silk Road” during our interview, while Burnham stressed that OpenBazaar had changed drastically into something different from its DarkMarket roots.

“Where they are today and where they are going is very far from DarkMarket,” Mougayar, who now sits on OB1’s board, told the Daily Dot. Mougayar was actually in the room when DarkMarket was first revealed last year but “I wasn’t particularly enthralled with the DarkMarket aspect because a lot of bad stuff could happen, obviously.”

What changed his mind is the considerable technical work that Hoffman and his team did adding secure contracts, multisignature transactions, reputation, notarization, and more. Hoffman has built OpenBazaar beyond what DarkMarket ever was—but many of the ideas at the foundation remain the same, even if it can be tricky for the money to discuss.

“I don’t even want to say the other word,” Mougayar said, referring to Silk Road. “It’s very far from the future and intent of OpenBazaar. We want legitimate business, the good stuff.”

Another investor offered this perspective:

“It would be naive of us to assume that the motive for a number of the folks that work on the open source code isn’t to escape the censorship of central authorities, public or private, and to exercise a kind of freedom that may not be socially acceptable,” Burnham explained. “But we have not invested in OpenBazaar, we have invested in OB1. The folks who created that are committed to creating a company that is very much a good social citizen and we wouldn’t want anything to do with anything bad.”

The message behind the million bucks is clear: Good and not bad, open and not dark.

Hoffman himself explained that his company is encouraging “normal every day businesses and buyers to use the system” and that “we aren’t marketing this towards the Dark Net marketplaces or their users.”

“Those that think it will be a haven for that activity don’t know much about the protocol and security threat model or they would realize it would be unsafe to conduct that kind of activity on OpenBazaar right now,” he said.

For many observers, the key to that statement are those last two words.

Tor, the anonymity tool that makes Dark Net markets like Silk Road possible, is not compatible with OpenBazaar because the two use different networking protocols—Tor uses TCP, OpenBazaar uses UDP.

So while OpenBazaar itself is to an extent “untouchable” due to its decentralized nature—there is no single server to shut down—that doesn’t always render its users beyond anyone’s reach. Without anonymity tools, a user’s Internet protocol address, which allows him to be easily identified, isn’t hard to grab.

But OpenBazaar is an open source tool, meaning its code is out there for anyone to read and modify. Much of the continued attention on OpenBazaar has been from the Dark Net community that is looking for more resilient ways to trade over Tor.

Hackers have already made efforts to add Tor compatibility and the smart money is betting those efforts will increase once OpenBazaar becomes a polished product. Last year, Patterson called those efforts “great.”

“Will there be illegal trade on OpenBazaar?” Hoffman asked. “We probably won’t know (unless everyone is told) because it’s encrypted and private and we certainly can’t stop it. We do feel however that non-darknet marketplace content will overwhelm that kind of stuff dramatically if we are successful.”