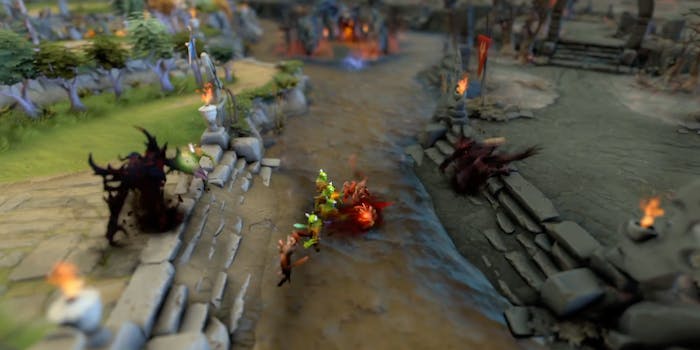 Elon Musk‘s OpenAI project has created a proficient Dota 2 gamer AI—so skilled that it’s even beat some of the best players in the world.

On Friday night, During Valve’s annual Dota 2 tournament, OpenAI presented players and fans with an AI bot that, in just two weeks, learned enough from itself and from Dota 2 pros that it’s begun to beat the legends. The bot then went onto defeat pro player Danylo “Dendi” Ishutin in a live 1-vs-1 match—twice.

Musk himself has lauded it as the first AI to defeat players in competitive esports.

To train the bot, OpenAI engineers said they matched the bot with a copy of itself, then turned it onto professional players. Ishutin himself remarked that the bot felt a little like a real person, but forfeited future matches with his opponent after such crushing losses. And though the bot’s demonstration was limited in gameplay, they’re hoping to extend its capabilities to compete in the full game in a 5-vs-5 match next year.

If you're not concerned about AI safety, you should be. Vastly more risk than North Korea. pic.twitter.com/2z0tiid0lc

Given Musk’s concern with AIs above North Korea, hopefully OpenAI’s bots might have wider capabilities by then.