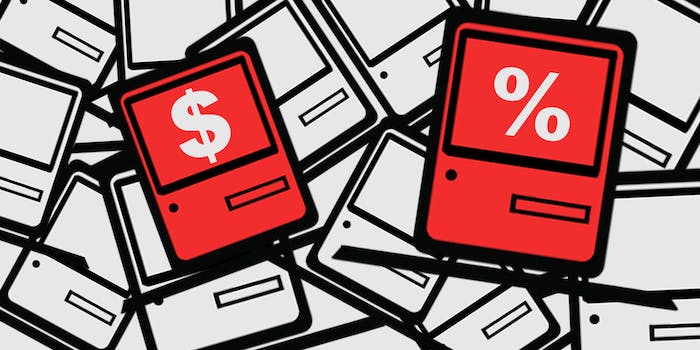 The cost of an online sales tax

Proponents of the Marketplace Fairness Act say it's leveling the playing field, but others argue it spells trouble for small businesses.

If you were smart, you spent all last week binge-shopping for tax-free deals online. For soon it could cost you a bit more to make those impulsive late night Internet purchases.

The Senate is poised to return today and resume the discussion over enacting a nationwide framework for states to collect sales tax online. The legislation has overwhelming bipartisan support among lawmakers, who feel it levels the playing field between online retailers and small brick-and-mortar businesses. However, both small retailers and anti-tax advocates continue to rail against the proposal, which they say creates an unnecessary burden on interstate commerce.

The Marketplace Fairness Act would not levy a federal sales tax, but it would give states more authority to require online retailers to collect applicable sales tax to be remitted to state governments. This would essentially reverse the Supreme Court’s 1992 Quill v. North Dakota ruling, which forbade states from forcing their sales and use tax laws on out-of-state, catalog, or online retailers.

Since that ruling, individual states (which, on average, depend on sales tax for 20 percent of their annual revenue) have had to unrealistically expect citizens to tally up their total online purchases at the end of the year and voluntarily pay the appropriate amount of tax to their state. It’s estimated that in 2012, states lost out on $23 billion in combined sales tax revenue. To put that in perspective, that’s equivalent to the entire state operating budget of Missouri during the same fiscal year.

Opponents of the tax say this extra $23 billion in taxation would hurt small businesses as well as consumers. Bill McClellan of the Electronic Retailing Association said the tax would be used to stifle the growth of small businesses while giving consumers fewer options.

“The forces pushing for this legislation are primarily big-business interests,” McClellan told the Daily Dot. “The bottom line for that small brick-and-mortar business is that a drawbridge is being pulled up, cutting their ability to ever expand their business remotely—online or otherwise—above the level of the small-business exemption.”

The exemption he speaks of is a carve-out in the bill that exempts businesses that do less than $1 million of sales online each year from having to collect sales tax. The ERA and eBay, the bill’s other leading opponent, have said this exemption wouldn’t do enough to protect small businesses.

McClellan said the new tax may look deceptively simple, but he argues that the legislation has been rushed. The ERA claims that not enough consideration has been given to how small businesses just over the million dollar mark will handle the burden of tracking all the applicable tax laws of every single jurisdiction where their goods may be sold.

“[The merchant will] need to look up the tax rate for each of their out-of-town customers’ jurisdiction as well as determining what each piece of merchandise is categorized as in that jurisdiction. A Kit Kat bar can be taxed as confectionary in one state and as a candy bar in another. The merchant would also be required to keep up with each and every sales tax holiday and tax change for all 9,600 taking jurisdictions in the country. The merchant would then be required to remit collected sales tax back to the 46 states using each state’s proprietary software system.”

But proponents of the bill say an online sales tax just corrects a current imbalance. Brick-and-mortar stores are being undercut by online retailers who are able to offer substantially lower, tax-free prices. Consumers could pay $50 to $100 less simply by buying a TV online instead of going to a store.

“Sellers should compete on a level playing-field,” Amazon Vice President Paul Misener told Congress last year. “Congress should not exempt too many sellers from interstate collection, for these sellers will obtain a lasting un-level playing field advantage versus Main Street and other retailers. Congress should rectify the current imbalance and avoid a future imbalance.”

Amazon has emerged as an unlikely champion of the online sales tax. The company itself already collects sales tax on 38 percent of its customers, a necessary step for Amazon to set up distribution centers in big states and enable faster deliveries. Similarly, other major online retailers like BestBuy.com and Groupon are also collecting taxes, so some consumers may not see their expenses change much if the Marketplace Fairness Act passes.