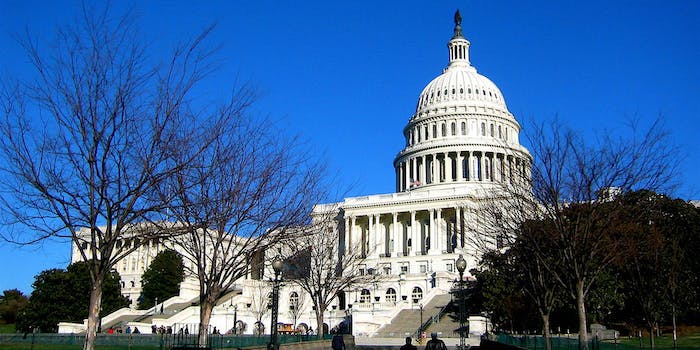 Official in charge of investigating lawmaker misconduct accused of assault

He's being accused of verbally and physically assaulting women.

The staff director and chief counsel of the Office of Congressional Ethics is the subject of a federal lawsuit accusing him of physical and verbal abuse toward women.

Omar Ashmawy heads the first independent office charged with overseeing the ethics of the House of Representatives. He pushed to the ethics committee one of the investigations of John Conyers, the Michigan lawmaker who resigned following accusations of sexual harassment.

Now Ashmawy himself is under fire for alleged assault and using his position as a high-ranking official to influence prior police investigations, Foreign Policy reported Thursday.

The ongoing lawsuit—now being brought to public attention—began with Ashmawy’s actions in 2015 after a late-night brawl and has progressed to a range of accusations regarding his behavior in the two years since.

Ashmawy is being accused of “threatening to use his position as staff director and chief counsel of the Office of Congressional Ethics to induce a criminal proceeding to be brought against Plaintiff and/or others,” court documents state.

The 2015 incident, according to Foreign Policy, was Ashmway’s Valentine’s Day dinner date with his girlfriend that ended with Ashmawy bloody and bruised in the back of a police car. According to police statements from that evening, three women accused him of harassment and physical assault.

Two months after the initial incident, three men were arrested in connection to the events. Now one of them, Greg Martucci, is suing Ashmawy in Pennsylvania’s federal court for events that happened that night.

In a statement to Foreign Policy, Ashmawy denied the allegations.

“To be clear, I did not harass anyone that evening, physically or verbally,” Ashmawy said. “I was the victim of a wholly unprovoked assault for which those responsible were investigated, arrested and charged. Any allegation to the contrary is unequivocally false.”