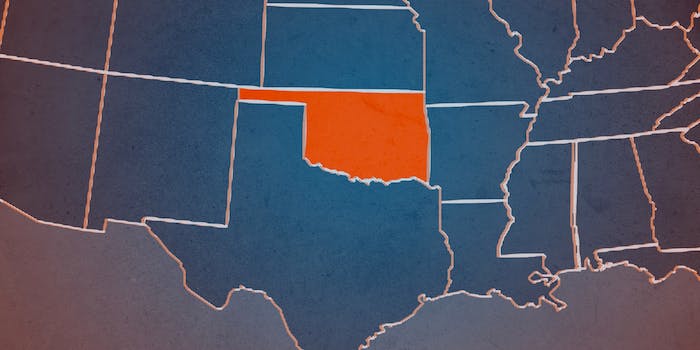 Legal loopholes can be a dangerous thing.

It’s almost too horrible to believe.

An appeals court in Oklahoma last month agreed with a 2015 juvenile court decision not to convict a 17-year-old boy for allegedly forcing a 16-year-old girl to perform oral sex while she was unconscious from intoxication.

The ruling came to light this week thanks to a report from the Guardian headlined, “Oklahoma court: oral sex is not rape if the victim is unconscious from drinking.” And one line from the ruling has sparked outrage across the Internet: “Forcible sodomy,” the decision reads, “cannot occur where a victim is so intoxicated as to be completely unconscious at the time of the sexual act of oral copulation.”

Wait, what? Could a U.S. state, in the year 2016, really be so backward as to allow someone to rape another person just because the victim was too drunk?

Oklahoma does outlaw rape. It also outlaws forced oral sex—that’s not the issue. The issue is that the specific wording of Oklahoma law pushes this case into a legal loophole.

2. Sodomy committed upon a person incapable through mental illness or any unsoundness of mind of giving legal consent regardless of the age of the person committing the crime; or

3. Sodomy accomplished with any person by means of force, violence, or threats of force or violence accompanied by apparent power of execution regardless of the age of the victim or the person committing the crime; or

(Side note: Oklahoma’s law also only applies to people who are “not the spouse of the perpetrator,” but that’s another debate entirely.)

The issue here is that this case falls in the nether region between the state’s “rape” and “forcible sodomy” laws. Forced oral sex is not “rape” under Oklahoma law, even though oral sex is outlawed in other scenarios. And intoxication does not fall under the category of “unsoundness of mind of giving legal consent,” as the forcible-sodomy law specifies.

This is why the court ruled that forced oral sex while the victim is intoxicated “is not found in the five very specific requirements for commission of the crime of Forcible Sodomy.”

Now, an attorney could likely argue that inserting a penis into an unconscious person’s mouth would require a “means of force,” to one degree or another. But the lawyers in this case appear to have not successfully argued that point.

White also points out that the defendant could have instead been charged with sexual battery, which Oklahoma law defines as “intentional touching, mauling or feeling of the body or private parts of any person sixteen (16) years of age or older, in a lewd and lascivious manner … [w]ithout the consent of that person.”

Michelle Anderson, dean of the law school at the City University of New York, explained to the Guardian that for a court to convict someone of the crime in this case under the state’s rape or forcible-sodomy laws, lawmakers would have to rewrite the statutes.  As it currently stands, Anderson said, the law “creates a huge loophole for sexual abuse that makes no sense.”