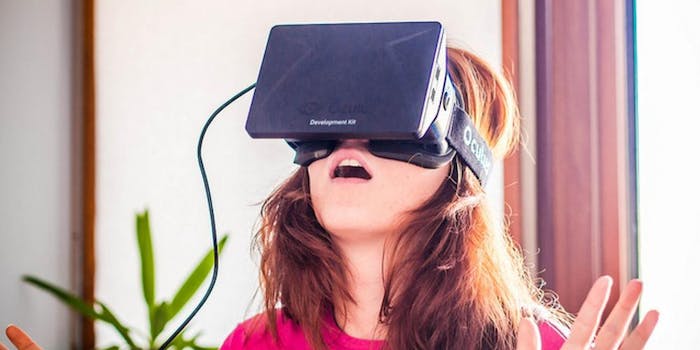 But unlike Google app developers, who are forced to adhere to the company’s stringent policy barring adult content (indeed, Google removed MiKandi’s Tits and Glass app from the Google Glass app store), developers for Oculus Rift aren’t limited by such restrictions. Rebecca Bolen, the director of marketing for SugarDVD, told the Daily Dot earlier this year that the Facebook-owned company doesn’t appear to have a problem with naughty content on their platform—or at least, they’re not making a concentrated effort to do away with it.