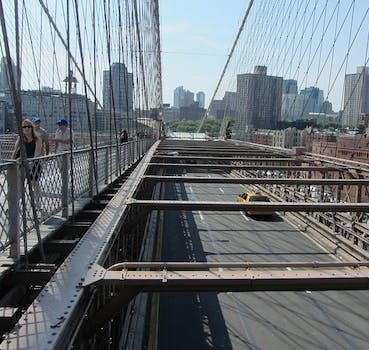 Despite pleading guilty in an attempt to keep his deleted tweets private, OWS protestor Malcolm Harris's tweets were read in court Wednesday.

Occupy Wall Street (OWS) protestor Malcolm Harris took a last-minute plea deal, but it wasn’t enough to stop his tweets from being disclosed in court.

After a months-long case in which Twitter was subpoenaed and threatened with fines if it did not hand over Harris’s now-deleted tweets, he pled guilty to a charge of disorderly conduct in New York Wednesday. He was sentenced to six days’ community service at a nonprofit of his choice, avoiding a potential 15-day jail term.

Harris was one of dozens of OWS protestors who were arrested in October 2011 on the Brooklyn Bridge after obstructing traffic. Activists argued they were shepherded onto the roadway by police. However, prosecutors claimed Harris’s tweets from that time disproved that argument and engaged in a battle with Twitter to force the company to hand over that information when it chose to remain “committed to fighting for our users.”

Twitter eventually did, and last week, Harris’s lawyer suggested that he would plead guilty to avoid disclosure of the tweets, which were sealed and may have incriminated other protestors. However, the New York Post reported that the content of the tweets was revealed for the first time in Manhattan Criminal Court anyway.

“We took the bridge,” he apparently wrote in one tweet, adding “they tried to stop us” in another.

The tweets were at the heart of the case. Judge Matthew Sciarrino previously decreed that those who post publicly online have no reasonable expectation of privacy. He ruled that Twitter owns tweets, not its users, despite the company’s claim to the contrary.

Harris may still appeal the ruling (a Twitter account under his name suggested as much) and continue to argue against prosecutors’ right to use deleted tweets in court. Harris’s lawyer said last week that Harris could challenge the subpoena after the criminal case was resolved.