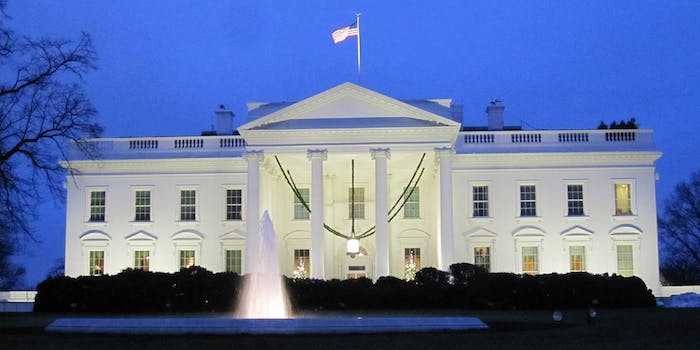 Thanks to the We The People petition website, the White House has been forced to grapple with some unorthodox issues that don’t usually find their way into the Oval Office. (Remember the Death Star petition?) But this seems like one populist campaign that won’t rise to the top.

On Wednesday, a prominent Occupy Wall Street organizer turned Google engineer started a petition calling for a national referendum on whether to abolish the U.S. government and hand over its authority to Google.

Justine Tunney, who is credited as one of the founders of the Occupy Wall Street movement, calls on President Barack Obama to organize the referendum, which would:

It’s a seemingly bizarre stance from someone who is credited with helping to start a populist movement that was largely interpreted as a condemnation of corporate power. But on Twitter, she argues that America is just another corporation. One that’s managed poorly and would be better run by the man who just happens to be her boss.

She’s also praised Google as a company that “gives away everything for free.” And she tried to explain the apparent incongruities between being a self-described “champagne tranarchist” and someone who wants the U.S. placed under corporate control.

“Tech companies expropriate ad money from capitalists to build a superintelligence & don’t pay dividends!” she said in a Jan. 20 tweet.

Tunney’s stances since joining Google have drawn criticism from people like Yasha Levine at Pando Daily who view her as a sellout.

“Tunney’s sudden epiphany that not all corporations are evil just happened to coincide with her decision to take a well-paid job at Google,” Levine wrote back in February, when Tunney was making headlines for wrestling back control of the Occupy Wall Street Twitter handle and calling for the formation of a paid nonviolent militia to carry out protests.

The We The People site is typically a good way to get the White House’s attention. The administration has promised to respond to all petitions that garner a certain level of signatures. But with 99,974 more needed by April 18, Obama will likely not being weighing in on this matter.