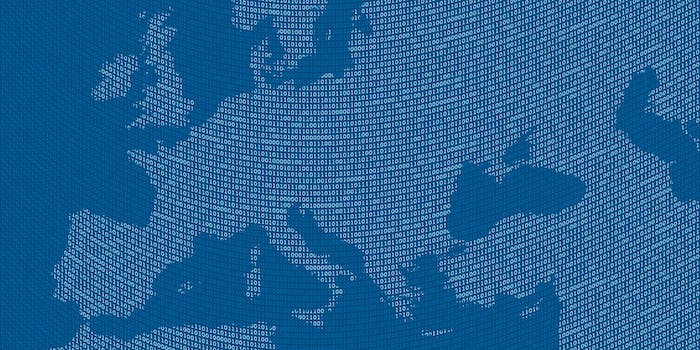 'The threat of terrorism is real.'

President Barack Obama on Monday urged young Europeans to see the value of surveillance programs aimed at thwarting terrorist attacks, hoping to bolster support for controversial security measures on a continent where privacy is considered a fundamental right.

“I want to say this to young people who value their privacy and spend a lot of time on their phones: The threat of terrorism is real,” Obama said during remarks at the 2016 Hanover Messe trade show in Hanover, Germany.

The president’s comment underscored the tensions at play as the United States and the European Union negotiate a deal to allow companies to move data between the two regions. Europe’s top court threw out the previous deal, a 2000 agreement dubbed Safe Harbor, over concerns that American companies couldn’t protect Europeans’ privacy because they were subject to U.S. mass-surveillance operations.

The new deal, the E.U.–U.S. Privacy Shield, faces long odds. A working group of Europe’s 28 national data-protection authorities expressed serious concerns about the arrangement in mid-April, saying it did nothing to curtail NSA bulk data collection and questioning the independence of a U.S. ombudsman position intended to address European’s privacy complaints.

Speaking in Germany, Obama touted his efforts to “reform our surveillance programs to ensure that they’re consistent with the rule of law and upholding our values, like privacy.”

The president did not mention that the impetus for most of those reforms was the Edward Snowden surveillance leaks, which his administration sharply condemned and which prompted the legal challenge that resulted in the European Court of Justice striking down Safe Harbor.

Obama’s warning to young people about the limits of privacy echoed his remarks on another contentious subject with major security and privacy ramifications.

Speaking at the South by the Southwest technology conference in March, the president criticized people who supported unbreakable encryption, which has prevented investigators from accessing some suspects’ data.

“If your argument is strong encryption, no matter what, and we can and should, in fact, create black boxes, then that I think does not strike the kind of balance that we have lived with for 200, 300 years,” Obama said during a talk at the Austin conference.

Obama characterized that position, which is supported by the world’s leading cryptographers and security experts, as “fetishizing our phones above every other value.”

“That can’t be the right answer,” he said.

In addition to pressing for the adoption of the Privacy Shield and seeking a way for investigators to bypass commercial encryption, the Obama administration is also trying to increase law-enforcement and intelligence agency coordination between E.U. member-states and with the U.S.

Recent terrorist attacks in Paris and Brussels have underscored the poor state of intelligence-sharing practices on the continent, and American officials, leery of European-born homegrown extremists traveling to the United States, are keen to improve E.U. counterterrorism operations.

But Obama’s argument has met with significant resistance on a continent where memories of secret police and Orwellian searches still loom large. The E.U. Charter elevates personal privacy and data protection to fundamental rights, and Europeans have consistently expressed more skepticism and hostility toward bulk surveillance programs than even privacy-conscious Americans.

Obama acknowledged that privacy concerns must be part of the calculus as U.S. and E.U. officials contemplated ways to prevent terrorist attacks.

“We care about Europeans’ privacy,’’ he told attendees at the Hanover trade show, “not just Americans’ privacy.”