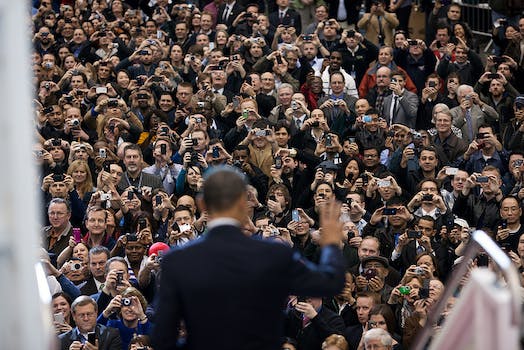 With Rick Santorum’s departure from the Republican presidential primary on Tuesday, Mitt Romney solidified his hold on the nomination and essentially jumpstarted the general election. President Barack Obama didn’t waste anytime in starting a fight.

Obama’s campaign spent most of Tuesday and Wednesday throwing attack after attack at Romney via Facebook, Twitter, YouTube, and Google+, with what will likely be only the beginning of a long and messy primary season. Meanwhile, Romney continued on the same path he was on before, focusing on the president and uniting his party.

Some of the hardest hits were on YouTube, where Obama launched three anti-Romney videos in just 24 hours. One of the harshest was a two-minute montage of things Romney has said throughout the primary season, titled “Mitt Romney: Memories to Last a Lifetime.” The video was one of seven videos  attack videos the Obama camp has posted in the last week.

But as with anything, the videos have been met with mixed responses.

“You just helped me decide that﻿ I would DEFINITELY vote for Romney,” wrote rosscoughanour. “This isnt a matter of just politics, its a moral matter of whether you personally should take care of your neighbor or if the wasteful government should.”

On Facebook and Google+, Obama shared various posts about his Republican challenger, including one listing various positions of the former Massachusetts governor. Before the end of the day, it had been liked more than 28,000 times, shared more than 13,000 times. and attracted more than 6,000 comments.

“Under President Obama nearly 23 million Americans are struggling for work. Click “Like” if you agree he should be a one term president,” the campaign wrote.

Within an hour it had gained more than 33,000 gave the message a thumbs up.