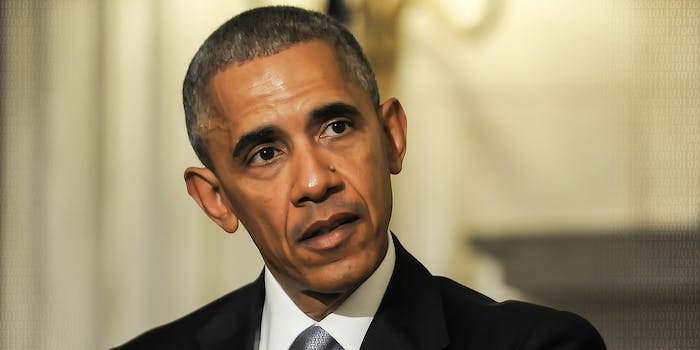 Will Trump shut down the investigation into Russia?

In his final full month in office, President Barack Obama has called for a “full review” to take place of the pre-election hacking that U.S. intelligence agencies have attributed to Russia.

Expecting a full report before the end of his term, the president first announced his intention via a White House spokesperson. Then, at a breakfast on Friday morning, explained in more detail that the report underlined a duty to understand how the instance of election interference had set dangerous new precedents.

“We may be crossed into a new threshold, and it is incumbent upon us to take stock of that, to review, to conduct some after-action, to understand what this means, what has happened and to impart those lessons learned,” Obama told reporters.

During the election major hacks targeting the Democratic National Committee and against individual Democratic officials resulted in embarrassing and damaging revelations for the president’s political party and Democratic presidential nominee Hillary Clinton in particular. In an investigation that had taken place soon after, U.S intelligence pointed the finger at Russia, accusing its government of meddling in the U.S. election. The incident heightened international tensions at the time, although President Vladimir Putin denied the Kremlin was involved.

“I’m going after Russia in every way you can go after Russia. I think they’re one of the most destabilizing influences on the world stage,” Graham told CNN on Thursday. “I think they did interfere with our elections and I want Putin personally to pay the price.”

With only weeks left in office, it may be too little too late for Obama’s report. In his Person of the Year interview with Time magazine President-elect Donald Trump said that he did not believe that Russia was behind the hacks at all before contradicting that position to suggest it might be: “I don’t believe they interfered. That became a laughing point, not a talking point, a laughing point,” Trump said, adding, “[I]t could have been Russia and it could have been any one of many other people.”

Either way, Trump does not appear to be taking the allegations seriously and, so far, has displayed no real desire to pursue the line of inquiry. With that, Obama’s report on election hacking may face serious challenges in the next administration.